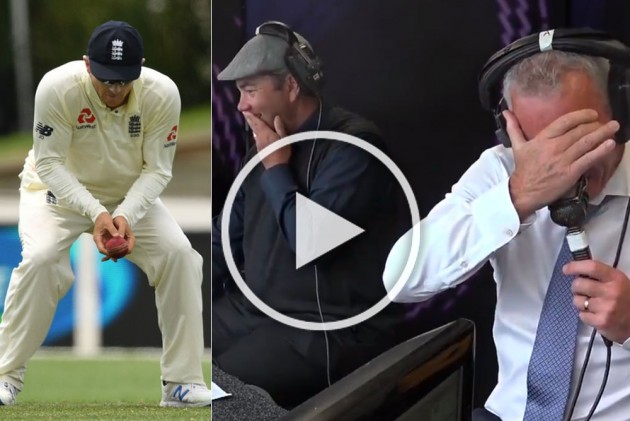 Joe Denly dropped catch! It continued to trend for the second day after the 33-year-old England cricketer dropped one of the easiest catches in the history of the game during their draw against hosts New Zealand at Hamilton on Tuesday (December 3). (More Cricket News)

Chasing an improbable win against the Black Caps to draw the two-match Test series 1-1 after losing the opener, England needed good fortunes. But Kane Williamson and Ross Taylor scored centuries before the rain ended the match.

But what defined the day and the match and also the series was Denly dropped catch, in the opening session. Many, including the commentators from either camp, described it dolliest of dollies.

In the 49th over, Williamson played the fourth ball off Jofra Archer without control, and the ball looped to Denley at mid-wicket. Then this happened:

HAHAHAHA DAFUQ! Joe Denly has dropped what is possibly the easiest catch in the history of cricket ðÂÂÂÂÂÂ #NZvENG @englandcricket @BLACKCAPS pic.twitter.com/E2ie6mX26q

Don't miss Archer's reaction - a celebradrop. That should tell the whole story.

That's not all though. It will be remembered for a long time. Some reactions:

To be completely fair to Joe Denly ... the earth was spinning quite fast at the time. #dropped #Hamilton pic.twitter.com/O010ruOh2A

I personally blame the Kooka ball, far to round unlike a slightly oval Duke, simples

Joe Denly’s dropped catch on a par with this by Mike Gatting. If I recall correctly, Graham Gooch said “he wouldn’t have dropped it if it had been a cheese roll.”#NZvENG

Club cricketers of Essex have you had a ‘WHAT HAVE YOU DONE?!’ moment on the cricket pitch this year? ðÂÂÂÂÂÂ https://t.co/Q1o5unukbk

Taking a short break from the birthday hat trick to think about Joe Denly’s dropped catch :)

Joe Denly: Was that the worst dropped catch in test cricket history?: Even your nan should not be dropping that, I don't care how old she is! if Archer didn't find it laughable, he'll probably would have thumbed him!

For the record, Williamson was dropped on 39 by Ollie Pope off Ben Stokes earlier in the innings. Then the Kiwi skipper got another life, on 62.