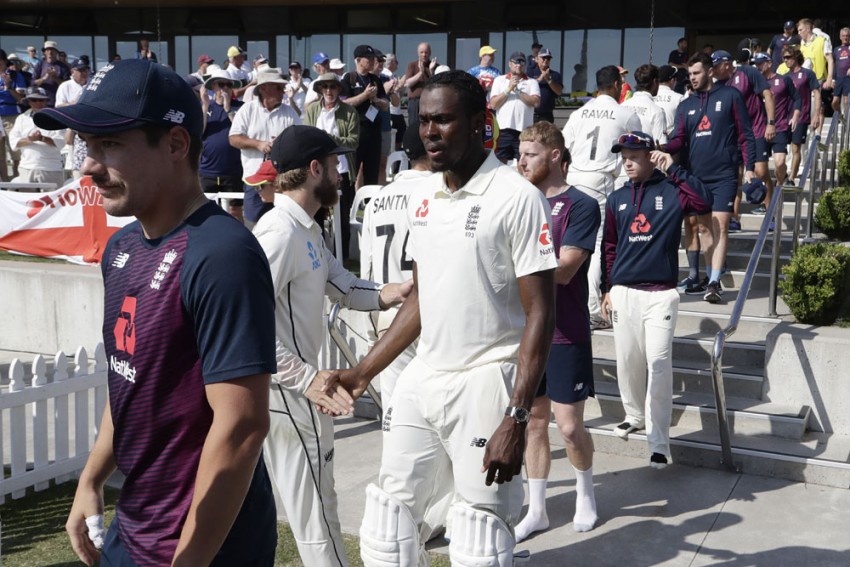 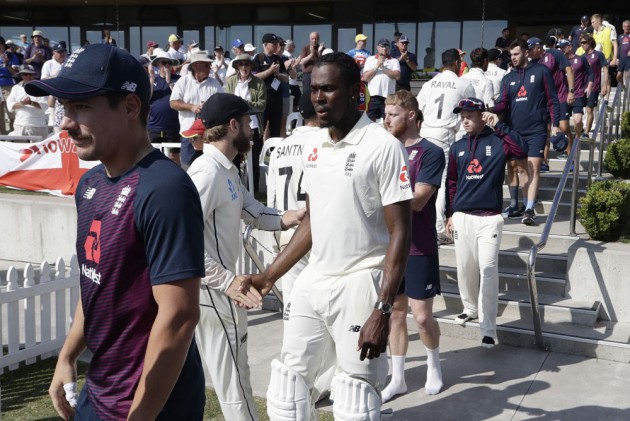 England paceman Jofra Archer said Wednesday he had "moved on" after being racially abused by a spectator in New Zealand and was ready to help the tourists bounce back from a heavy first Test defeat. (More Cricket News)

Archer said his focus was on the second Test in Hamilton beginning Friday, not the racial taunts thrown at him late in the opening match in Mount Maunganui on Monday as England were drubbed by an innings and 65 runs.

"I'm over it. I've left what happened at the ground and I've moved on," the Barbados-born bowler said in a column for the Daily Mail.

New Zealand, who will be without opening bowler Trent Boult and all-rounder Colin de Grandhomme for the second Test, expressed shock at Archer's treatment, with skipper Kane Williamson offering an apology on behalf of all Kiwis.

"I should also say it was just one person who was shouting stuff. But I found the incident a real shame," said Archer who added he was disappointed other spectators did not intervene.

"I thought members of the crowd around the guy might have pulled him up because I could hear him from the pitch as I was walking off. I guess they didn't," the 24-year-old said.

New Zealand Cricket said a life ban and a referral to police awaits the perpetrator once identified.

The incident has overshadowed the build-up to the second Test and its impact on the tourists in the wake of a demoralising loss remains to be seen.

Director of cricket Ashley Giles described Archer as "emotional" and "hurt", but the abuse could also serve to draw England's players together.

Further unsettling the team in Hamilton will be new coach Chris Silverwood's departure at the end of day two, when he leaves for England after a family bereavement.

What is beyond doubt is that England need to vastly improve with both bat and ball after an insipid display at Mount Maunganui that raised questions about Joe Root's Test captaincy.

Root went into the series vowing England would "bat longer" and play "attritional cricket" with a long-term view on reclaiming the Ashes in Australia in 2021-2022.

Instead, England's batsmen, including Root himself, threw away their wickets with rash shots on a pitch that yielded a double century for Kiwi wicketkeeper BJ Watling and a maiden ton for allrounder Mitchell Santner.

Silverwood rejected criticism of Root's leadership record but said his coaching team would try to ease the burden of captaincy, allowing the player to concentrate on his batting.

"We have to help him, talk to him and try to strip pressure away... we are starting a new sort of era now," he said.

While Archer failed to fire in the first Test, New Zealand are poised to unleash their own speedster in Hamilton on the form of Lockie Ferguson.

The absence of Boult and de Grandhomme, both with muscle problems, opens the way for Ferguson's Test debut and also prompted Daryl Mitchell's call up into the wider squad.

Williamson was under an injury cloud after leaving the field early clutching his lower back but later insisted he was fit and had not aggravated hip injury that kept him out of the Twenty20 series against England.

However, the series will not count towards the World Test Championship, which began in August and will end in June 2021.