India were also without the services of mercurial Mahendra Singh Dhoni, who's reportedly nursing a hamstring injury. 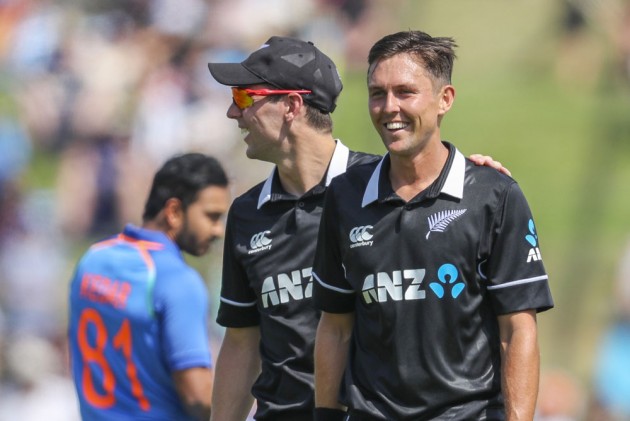 Boult led the Kiwis to a comfortable eight-wicket win over India in the penultimate match of the series with a five-wicket haul.

India were shot out for 92, which is their seventh lowest score in ODIs. Then the Kiwis chased down the target with 35.2 overs to spare in an eight-wicket win.

Fans Hit Back At Vaughan For Mocking India's Low Total

Who Says What After India's Humiliating Defeat

"They obviously missed a classy player like their captain. It is all about putting pressure on their top order, that's been our game plan," he said after the match.

Boult completed his 10-over spell in one go to return with figures of 10-4-21-5(2.10). He removed India's stand-in skipper Rohit Sharma, Shikhar Dhawan, Shubman Gill, Kedar Jadhav and Hardik Pandya.

"It is nice to get through them and have a look at the middle order, so it was very satisfying, we knew we had the game plan, it was all about executing them," he added.

The left-arm pacer thus recorded the second-best figures by a Kiwi bowler against India. Shane Bond's 6/19 at Bulawayo in 2005 still tops the charts.

The Board of Control for Cricket in India (BCCI) has rested Kohli for the last two ODIs and the three-match T20I series.

India were also without the services of mercurial Mahendra Singh Dhoni, who's reportedly nursing a hamstring injury.

Despite the loss, India lead the series 3-1 with the fifth and final ODI scheduled to be played at Wellington on Sunday.