Naomi Osaka Returns To Spotlight On Red Carpet At The ESPYS

Naomi Osaka was nominated in two categories, including female athlete of the year, at the annual show honoring the year's top athletes and sports moments 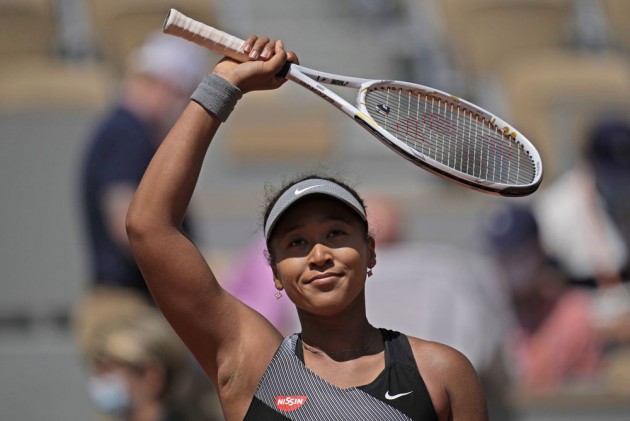 Naomi Osaka returned to the spotlight for the first time since withdrawing from the French Open in May and skipping Wimbledon, posing on the red carpet at The ESPYS on Saturday night. (More Tennis News)

The world's highest-paid female athlete faced a slew of photographers in New York, with one being heard urging her, "Nice smile" as cameras clicked furiously. Osaka offered a faint closed-mouth smile in response.

Osaka was nominated in two categories, including female athlete of the year, at the annual show honoring the year's top athletes and sports moments. It was moved to New York from Los Angeles this year because of the coronavirus pandemic.

Osaka, who has won four Grand Slam titles, pulled out of the French Open before the second round, saying she has "huge waves of anxiety" before speaking to the media and that she has "suffered long bouts of depression."

She also sat out Wimbledon. She'll her return for the Tokyo Olympics, representing her native Japan.

Actor Anthony Mackie hosted the show from The Rooftop at Pier 17 at the Seaport. WNBA player Maya Moore was to receive the Arthur Ashe Courage Award, while triathlete Chris Nikic was to be honored with the Jimmy V Award for Perseverance.