Mikel Arteta Will Help To Put Arsenal Back Among The Best Again, Says Manuel Almunia

Arsenal are set to finish outside the top four yet again, but Manuel Almunia has faith in head coach Mikel Arteta 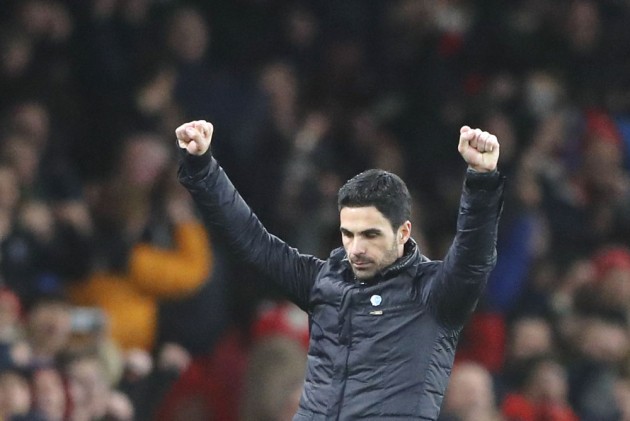 Mikel Arteta can help get Arsenal back "among the best again" provided he is given time at the club, according to Manuel Almunia. (More Football News)

The Gunners were on course to finish outside the top four of the Premier League for a fourth successive season when fixtures were halted last month due to the coronavirus pandemic.

Arteta returned to Emirates Stadium - where he had spent the final five seasons of his playing career, winning the FA Cup twice - in December, taking over a squad sitting 10th in the table.

There have been some positive signs in the early stages of his reign, but Arsenal still found themselves eight points behind fourth-placed Chelsea when the league campaign was halted, while Olympiacos knocked them out of t Europa League.

Almunia, though, is backing his fellow Spaniard to be a long-term success at his former club.

63% - Mikel Arteta ended on the winning side in 63% of his appearances for Arsenal in the Premier League. Only four players in the club's history have a higher win percentage in the competition (min. 100 apps - Lauren, Cole, Overmars and Campbell). Pedigree. pic.twitter.com/roRFdAvwDs

"With Arsenal, as the big club that they are, it's a shame to see them like this," the ex-Arsenal goalkeeper, now working as a coach in the United Arab Emirates, told Marca.

"For the history, infrastructure, British and global fans and the attraction in general, they should be in the Champions League and higher up in the league.

"Sooner or later, they'll be among the best again and I'm sure Mikel will help with that. He was a player not long ago.

"He's shared the dressing room with some of the players he coaches now and he knows what modern football is like and he'll know what the best thing for them is. He has to be given time."

Arteta left his role on Pep Guardiola's staff at Manchester City to take up the top job at Arsenal.