Prithvi Shaw, who was handed a back-dated eight-month suspension for a doping violation, made a splendid return to cricket as he smashed a half-century (63 off 39) in Mumbai's Syed Mushtaq Ali T20 tie against Assam on Sunday. 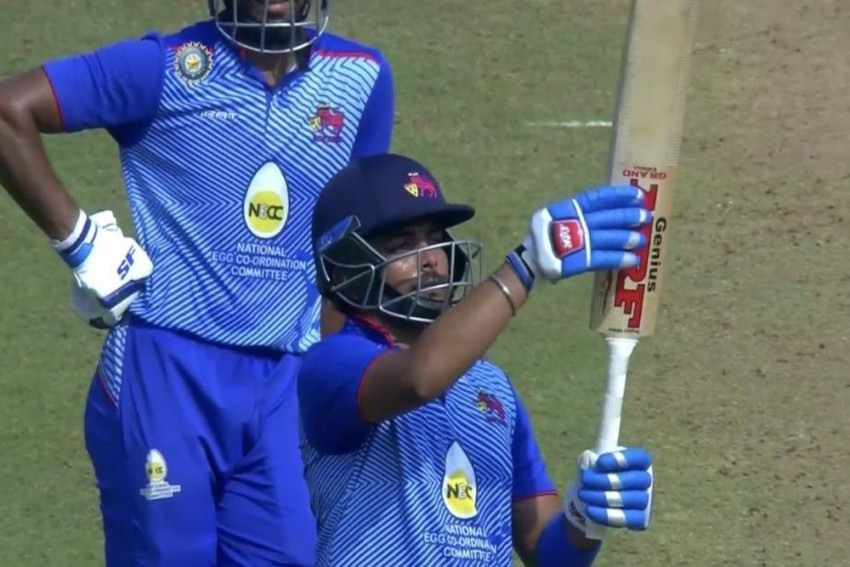 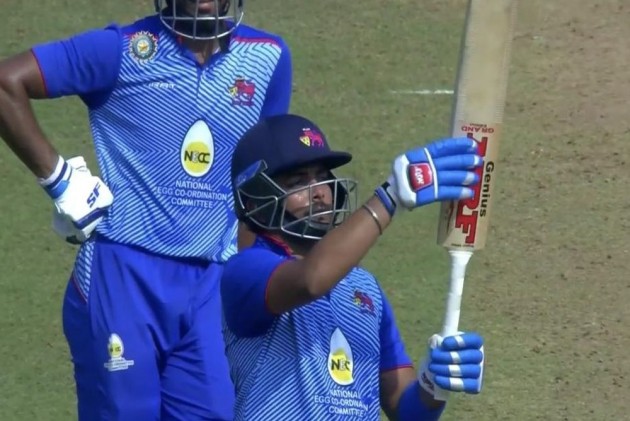 Prithvi Shaw announced his return to competitive cricket in style by scoring a 32-ball fifty for Mumbai against Assam in the Syed Mushtaq Ali domestic T20 tournament in Mumbai on Sunday (November 17).

Shaw celebrated in a 'bat does the talk' manner after reaching his half century. Shaw was included in the 15-member Mumbai squad for the tournament recently.

Welcome back! He is making a comeback today and @PrithviShaw makes it a memorable one with a fine-half century for Mumbai against Assam in @Paytm #MushtaqAliT20. pic.twitter.com/hiBfiElhed

The 20-year-old, who was given a back-dated eight-month ban for a doping violation on July 30 by the Board of Control for Cricket in India (BCCI), was to be eligible to play from Sunday.

Mumbai had announced their squad for the last two games of the league stage of the Mushtaq Ali trophy and the subsequent super league stage on Thursday. This is Mumbai's last league match. Shaw had earlier shared a video of himself practising in the nets.

"I turn 20. I assure it will be Prithvi Shaw 2.0 going forward. Thank you for all the good wishes and support. Will be back in action soon," Shaw said.