After Stefanos Tsitsipas' resilient display in the singles, Roger Federer and Alexander Zverev put Team Europe in control at the Laver Cup. 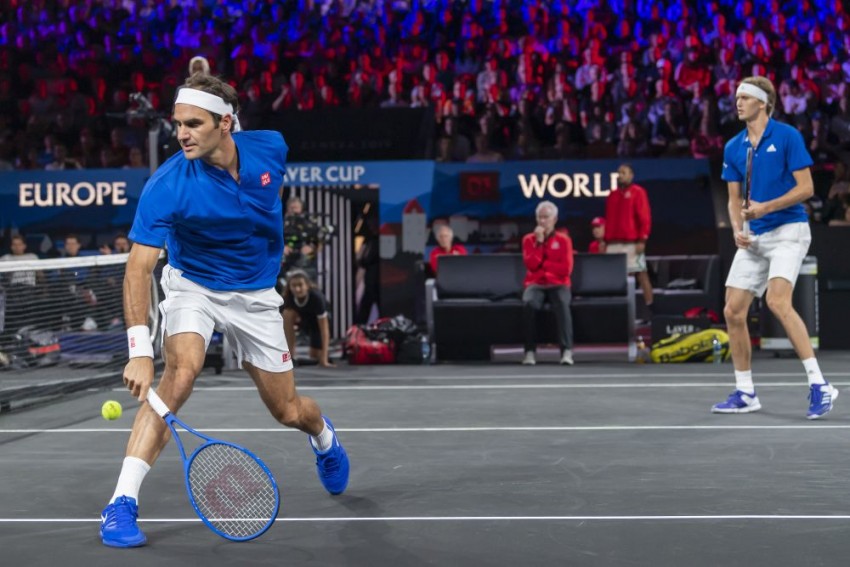 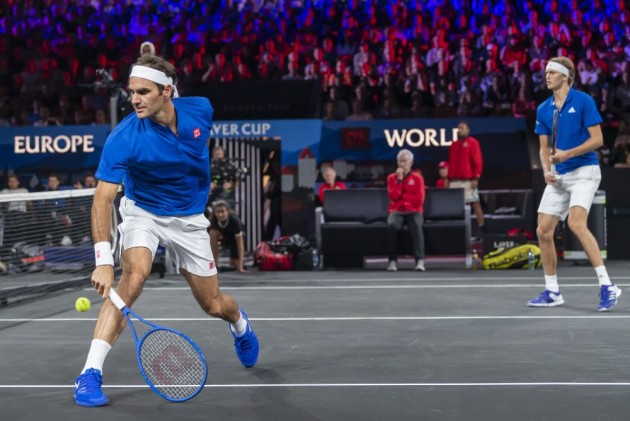 Roger Federer and Alexander Zverev put Team Europe into a 3-1 lead against Team World in the Laver Cup after claiming victory in the doubles. (TENNIS NEWS)

Heading into the first doubles match of the tournament leading 2-1, Europe extended their advantage as two of their heavyweights held off a fight back from Jack Sock and Canadian Denis Shapovalov.

A break of serve in the fourth game handed Federer and Zverev a chance they did not need a second invitation to grasp, going on to win the first set 6-3, wrapping it up in 37 minutes.

Set two looked to be heading Europe's way in similarly simple fashion when the North American duo lost their serve in game one before passing up six break points. However, they finally fought back to draw level at 4-4.

But with Federer and Zverev hanging on by their fingertips, Sock and his partner squandered six set points, with Shapovalov then double-faulting to hand a break to the men in blue.

Europe took full advantage, Federer – playing in front of a buoyant home crowd in Geneva –serving out the match.

Stefanos Tsitsipas' hard-fought victory had nosed Europe ahead in the final singles match of the opening day of the showpiece team event.

The Greek triumphed 6-2, 1-6, 10-7 over Taylor Fritz in a thrilling contest, after Sock's win against World No. 1 11 Fabio Fognini had cancelled out Dominic Thiem's earlier victory.

Tsitsipas was rallied on by the rest of Europe's players, including Rafael Nadal, who had strapping on his left hand – the Spaniard having honoured his commitment to play in the tournament despite his exertions in the US Open.