Neither team could find a way through as Atletico Madrid and Real Madrid played out a 0-0 draw at Wanda Metropolitano. 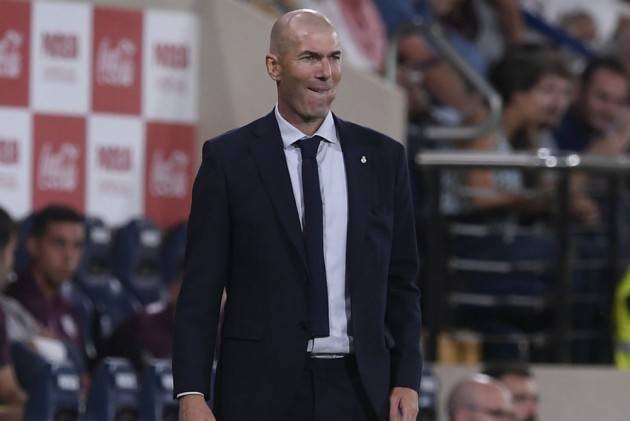 Karim Benzema nearly snatched the victory for Madrid with his headed effort 15 minutes from time at Wanda Metropolitano, forcing a great save out of Jan Oblak.

Joao Felix and Saul Niguez went closest for Atletico, who registered just one attempt on target as their winless run in competitive meetings with Madrid stretched to a seventh match.

Both teams ultimately lacked quality in the final third, but it is Madrid - who have now gone three matches without conceding in the league - who will be happier after climbing above surprise package Granada at the summit.

Atletico put seven goals past Madrid in July's pre-season clash in New Jersey and looked the more likely side to make a breakthrough in the first half of this latest showdown.

Joao Felix twice went close for the hosts, dragging a shot wide of the target with the angle against him and blasting narrowly wide from 25 yards.

Madrid had some promising moments of their own before the interval, though, with Toni Kroos testing Oblak twice in the space of three minutes late in the half.

Diego Someone introduced Angel Correa at half-time and the substitute headed over from a promising position four minutes after coming on.

Madrid forward Gareth Bale skied a shot soon after and Luka Modric, brought off the bench in an attempt to inspire Madrid, pulled one wide.

The game temporarily sparked into life in the final quarter as Benzema's header was palmed to safety by Oblak, three minutes after Saul glanced agonisingly wide.

What does it mean? Madrid out in front

Barcelona made it back-to-back league wins with a 2-0 win over Getafe earlier on Saturday, offering hope they have turned a corner following their slow start.

It is Real who are out in front at the top of LaLiga, though - this draw moving them one point clear of Atleti and surprise package Granada, while Barca are a further point behind.

Making his 100th appearance for Atletico in LaLiga, Thomas Partey won all four of his duels in the first half and completed 95 per cent of his 40 passes, with an impressive 28 of those in the opposition half.

The Ghana midfielder continued to threaten in the second half, too, ending the match with 97 touches of the ball - only Kroos, with 98, managed more

100 - Thomas Partey in the first half of his 100th game for Atletico in LaLiga:

Benzema entered the match in fine form, having netted five goals in six league outings leading into the clash.

He was kept quiet by Atletico's defenders for 75 minutes, however, managing just 36 touches of the ball and only one shot on target.

- Nine games between Atletico Madrid and Real Madrid have ended level by 0-0, this is the third one in the last three seasons.

- Sergio Ramos has played his 40th derby against Atletico in all competitions. Only Manolo Sanchss and Paco Gento (42) have played in more El Derbi's.

- Joao Felix has been subbed off more times than any other player in LaLiga this season (six).

Atletico travel to Lokomotiv Moscow in the Champions League in midweek and Madrid host Club Brugge. Upon their return to LaLiga action, Atleti have a trip to Real Valladolid next Sunday and Zinedine Zidane's men take on Granada a week today.