If England can remove Kane Williamson and Ross Taylor early on day five of the second Test, Joe Root thinks New Zealand can be defeated 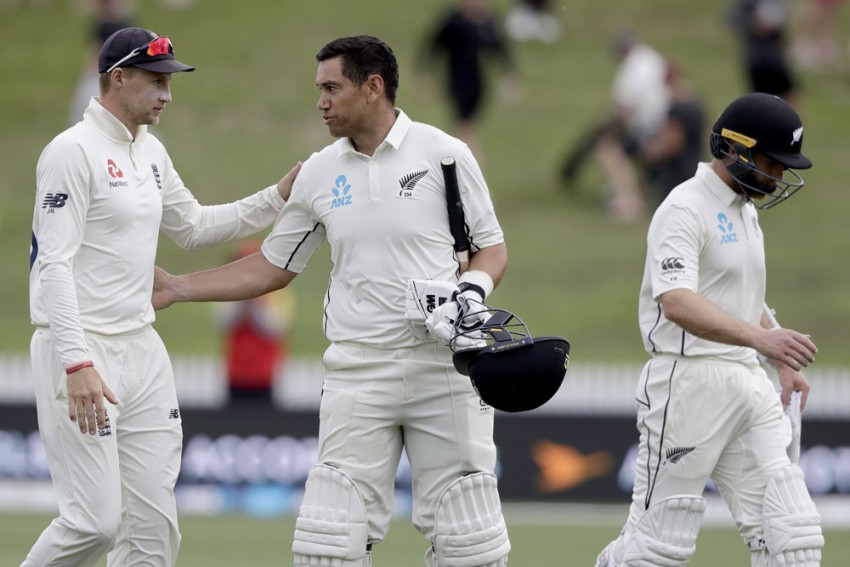 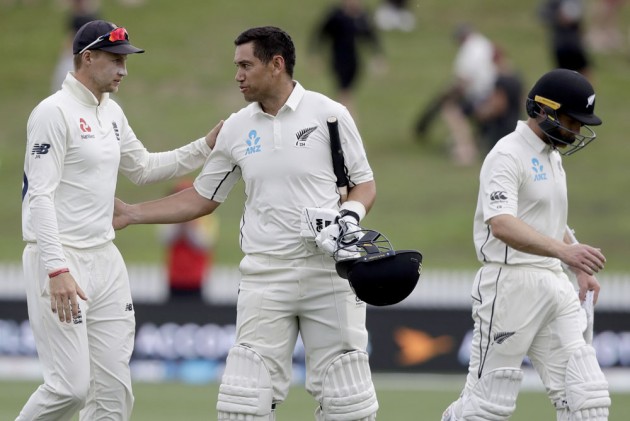 Joe Root believes England can win the second Test against New Zealand if they can get on a "wicket train" early on the final day. (More Cricket News)

England captain Root reached 226 on day four – his first overseas double century and his longest innings at 10 hours, 36 minutes – at Seddon Park before falling to Mitchell Santner as the tourists lost their last five wickets for 21 runs.

New Zealand saw Jeet Raval fall to a second-ball duck and Tom Latham dismissed for 18 in the final session, but Kane Williamson (37 not out) and Ross Taylor (31no) guided the Black Caps to stumps.

A draw appears to be the most likely result as rain is forecast for much of Tuesday, but Root thinks England have a shot at securing a 1-1 series draw if they can get Williamson and Taylor out quickly.

"If we can make an early breakthrough, it could get us on a bit of a wicket train, because they're such key figures in their batting line-up," said Root.

"They've got huge amounts of experience and are class players, so it would give our guys a lot of confidence for sure.

BEYOND HAPPY for @root66! That is how a champion makes a comeback! #226 #SMACK #Hero

He added: "I wanted to try to get us in a position where we could force a result in this game. A good couple of wickets tonight, it would have been nice to get a couple more.

"But I still feel it we can sneak a couple tomorrow morning first thing – I know there's a bit of weather around but you just never know. There will be one big last push from everyone to try and come away with a levelled-up series.

"We'd have taken this position at the start of the day."

Neil Wagner sparked the decimation of England's tail by removing Ollie Pope and he went on to claim his fourth five-wicket haul in as many Tests, but the left-armer was modest when assessing his performance.

"I was a bit lucky to get the rewards. All the other bowlers bowled well, too, and grafted away," said Wagner.

"It just sort of came my way and I ended up getting a couple of wickets which is quite nice and pleasing and satisfying.

"But all the bowlers bowled well with not a lot of luck and reward. We hunt as a pack and bowl really well in partnerships and I was lucky it came my way."