Had Begged Saina Nehwal Not To Leave My Academy: Pullela Gopichand; Did Prakash Padukone Play Foul?

In Dreams of a Billion: India And The Olympic Games, a book authored by historian Boria Majumdar and journalist Nalin Mehta, Pullela Gopichand has for the first time reacted on Saina Nehwal deserting his academy for Prakash Padukone's after the 2014 World Badminton Championships in Denmark 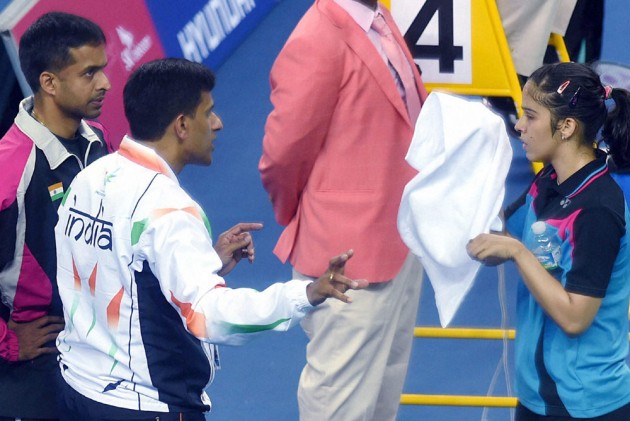 It's never easy to be a coach, especially when you have a pair of superstars pupils. In a recent interview with Outlook, Yohan Blake, the world's second-fastest man, expressed his anguish when he was repeatedly denied the opportunity to challenge his Jamaican training partner Usain Bolt. Blake, the youngest ever 100m world champion and Bolt, an eight-time Olympic gold medallist and 100m world record holder, had a common mentor – Glen Mills.

Even though they ran frequently in the Jamaican relay team, Blake's relationship with Bolt was anything but cordial. It was eloquently clear in the way Blake, who is targeting the 100m gold at the 2020 Tokyo Olympics, spoke about Bolt, whose final race at the 2017 world championship denied Jamaica the 4 x 100m relay gold. Blake now has a new coach and probably felt betrayed that Mills never let him become the sprinter that he really was. "I was born at the wrong time," Blake would say.

Pullela Gopichand has probably faced similar situations when he trained Saina Nehwal and PV Sindhu at his Hyderabad academy. Sportspersons are fiercely emotional by nature. In individual sports like athletics, badminton and tennis, possessiveness is like a double-edged sword. Every top athlete, who share a coach, has lived with it. Gopichand faced, felt and withstood it. In Boria Majumdar and Nalin Mehta's book Dreams of a Billion: India And The Olympic Games, the former All-England champion and current national coach has for the first time spoken about his feelings when Saina Nehwal deserted his academy in 2014 to train at Prakash Padukone's in Bangalore.

Saina Nehwal's bronze medal at the 2012 London Olympics turned out to be a sort of 'curse' for Gopichand. For lack of coaches at his academy, Gopichand was handling more than one player capable of doing well in world tournaments. PV Sindhu, who remained in Saina's shadow till 2012, made life harder for Gopichand with her world championships bronze in 2013. Defeats often give birth to negativity and after her loss in the world championships, Saina's doubts only multiplied. Was 'Gopi Sir' giving her all the attention she deserved? Or, is he more inclined towards Sindhu? 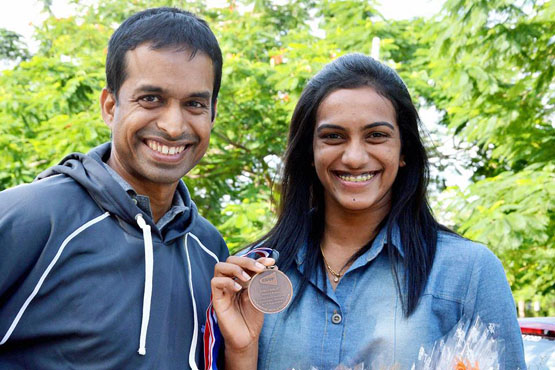 According to Parupallu Kashyap, Pullela Gopichand failed to salvage the situation after PV Sindhu's bronze in the 2014 World Championships, and Saina Nehwal was determined to leave.

‘Saina felt Gopi sir was hers and hers alone. It was a very different bond that the two of them had. For years Gopi had worked on her. All of a sudden Gopi had a lot of players to look after and Sindhu had started to show good results. Again, I don’t blame either Saina or Gopi for the fallout. I had started to see things go wrong and did my best to control the negativity. But I was helpless,’ said shuttler-husband Parupalli Kashyap to Dreams of a Billion: India And The Olympic Games, published by Harper Collins. "Each time Gopi tried to discipline Saina she would take it as an affront...She wasn’t willing to buckle down and do things the way Gopi wanted her to. She wasn’t in the best headspace and nor was Gopi," said Kashyap.

After Sindhu won the bronze at the Denmark World Championships in 2014, Saina was "shattered" after she lost early, says Kashyap. Gopichand apparently failed to salvage the situation and Saina was determined to quit the Hyderabad academy.

‘It was as if something very dear was being taken away from me. Earlier, I had literally begged her not to go. But by then she had been influenced by others and had already made up her mind. While I did not want to hold her back and stall her progress, I knew this was something that wasn’t beneficial for either of us. Yes, I indeed had other players to look after and Sindhu had made serious progress in the two years between 2012 and 2014. But I had never intended to neglect Saina. Maybe I wasn’t able to convey this to her,’ said Gopichand. 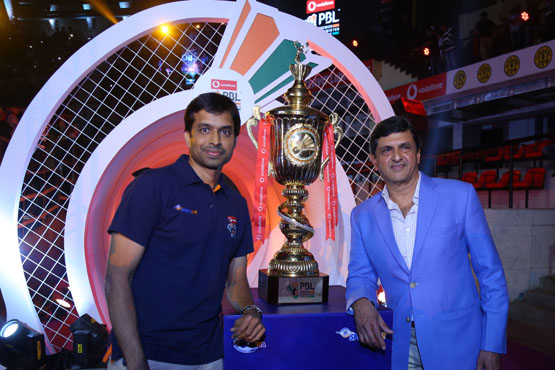 Its a mystery to Pullela Gopichand that Prakash Padukone has never spoken anything positive about him, says the former.

Usually unflappable and reticent, Gopichand feels Saina could have been guided better. "Maybe Viren (Rasquinha) or Vimal (Kumar) or Prakash sir could have spoken to her. I don’t know why they did not. In fact, they encouraged her to leave Hyderabad. It is a mystery to me why Prakash sir has never said anything positive about me while I have always looked up to him as my role model," says Gopichand in the book.

Saina became world No. 1 during her stint with Vimal Kumar in Bangalore. Saina won three Superseries titles and entered the finals of the World Championships and All-England in 2015. "It wasn't a fight. There were some things that I wanted to change and wanted to see how it all worked out with a little bit of change in my training," Saina had reportedly said. After her failure in Rio 2016, an injury-prone Saina was back with Gopichand in 2017. Kashyap revealed Saina had a fine fracture in the ankle and was in no shape to go to the Olympics.

"It was clearly the worst phase in her life. She had lost early in the Olympics and it had wasted months and years of hard work. Gopi sir wasn’t with her anymore and she was soon to have surgery to get things back on track. She had no friends in Bengaluru and did not really know what to do," said Kashyap.