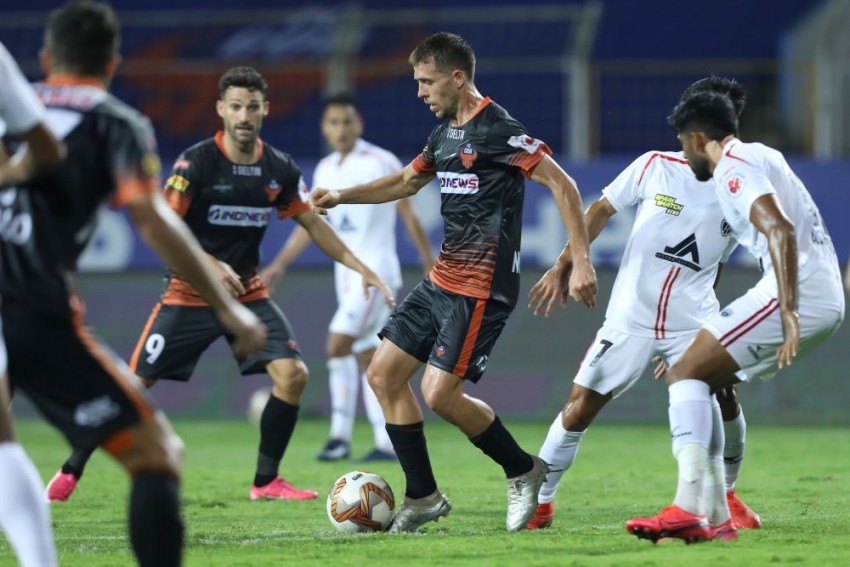 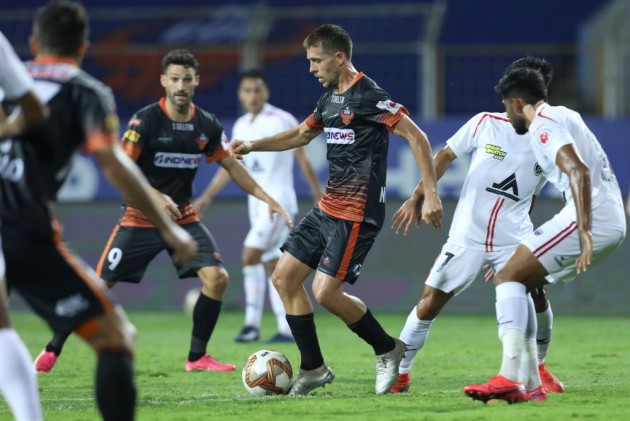 Goa are yet to record three points this season.

Brandon Fernandes was handed his first start of the season along with Aibanbha Kupar Dohling as Goa boss Juan Ferrando made three changes to the side which had suffered a defeat to Mumbai City FC. Jorge Ortiz Mendoza started with James Donachie benched.

NorthEast made as many as five changes to the side which came from behind to hold Kerala in a thrilling 2-2 draw.

Sylla was preferred ahead of Kwesi Appiah. Provat Lakra, Luis Machado, Lalrempuia Fanai and Britto PM were the other fresh faces.

Goa were keen to impose themselves on the Highlanders and came close in the fifth minute. Fernandes played a long diagonal pass from inside his own half to find Mendoza on the flank, but the latter shot straight at keeper Subhasish Chowdhury.

The Gaurs were clearly the better side in the first quarter enjoying almost 70 percent possession. They were all over NorthEast territory trying to create spaces, but their sloppy passing let them down.

The Highlanders, who relied mostly on counters, had their opportunities too. At the half-hour mark, the visitors nearly scored. But Sylla couldn't keep his composure in front of the goal as he headed Britto's deflected cross over the bar.

Sylla's presence troubled Goa's defence. And the Guinean earned a penalty in the 39th minute for the Highlanders when he was tripped by Ivan Gonzalez. Sylla, who had to retake the penalty, kept his cool to put his side ahead in the game, scoring his third goal of the season.

The joy was short-lived as Goa restored parity in the 43rd minute and it was Fernandes once again with a fine assist. Edu Bedia found Fernandes on the left flank, who took on Lakra and hooked a low cross into the box, where Angulo flicked it into the goal.

FC Goa continued from where they left off and came close to scoring early in the second half. Angulo and Mendoza missed the chances.

With just six minutes left on the clock, Goa nearly found a winner but Alberto Noguera was denied by the post. His low shot beat the keeper but kissed the frame and went out for a goal kick.