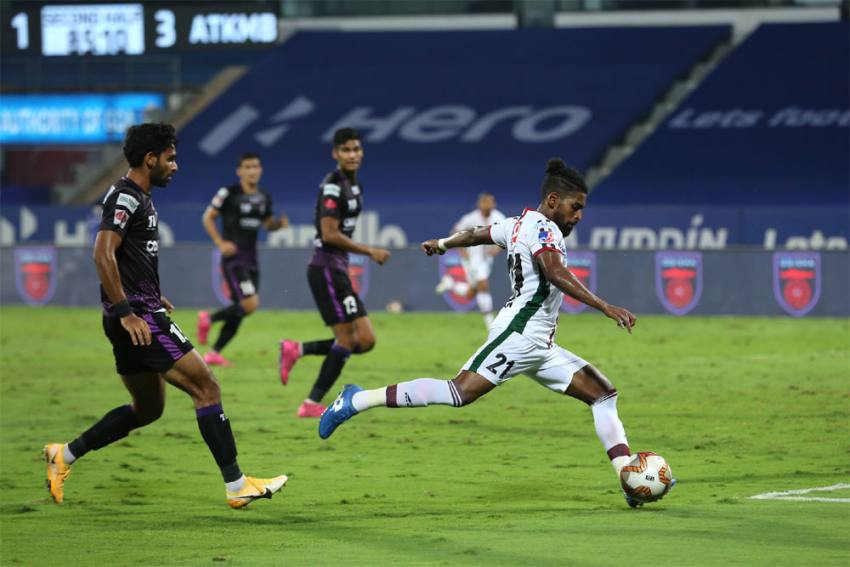 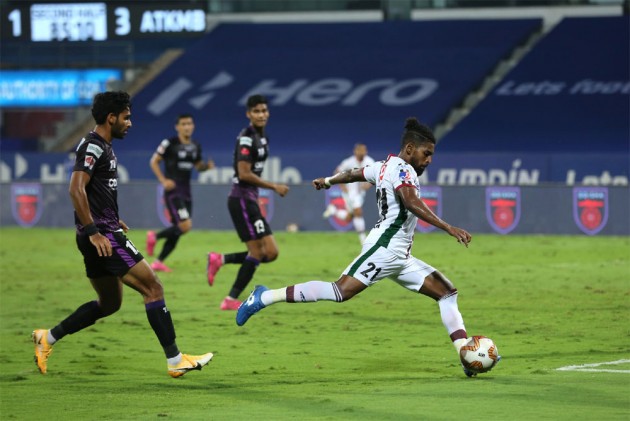 ATK Mohun Bagan dished out a ruthless performance and closed down the gap on leaders Mumbai City FC, with a thumping 4-1 victory over Odisha FC in the Indian Super League (ISL) at the GMC Stadium, Bambolim on Saturday. (More Football News)

The result meant the Mariners closed the gap with Mumbai to three points. Odisha's top-four chances are all but over.

The opening half proved to be a cagey contest but two fine goals from either side meant the score line was all square at the break.

Cole Alexander's equaliser for Odisha (45+1') was sandwiched between two goals from Manvir Singh (11', 54') before a quick-fire brace from Roy Krishna (83', 86') led Bagan to their ninth win of the season.

Bagan showed intent early on and opened the scoring with their first shot on target. Manvir, receiving the ball on the right flank from Krishna, cut inside on his weaker foot before curling his shot at the far post, which snuck in after kissing the woodwork.

ATKMB continued to attack after the opener but lacked the cutting edge in the final third. They fashioned another great chance to double their tally in the 40th minute but keeper Arshdeep Singh came to Odisha's rescue.

Krishna held up the ball around the edge of the box and laid a pass for Marcelinho, who saw his first-time shot blocked by Arshdeep out for a corner.

After dominating their opponents for much of the session, the Mariners thought they would be heading into the break with the scoreline in their favour but Alexander had other plans, scoring a wonder goal in the dying minutes of the first half.

Paul Ramfangzauva tried his luck from distance but his long-range effort came off the upright. Pritam Kotal cleared it away but gifted the ball to Alexander, who placed his shot towards the far corner, leaving ATKMB keeper Arindam Bhattacharja with no chance.

ATKMB began the second half with more intent, desperate to grab the lead again. And it was Manvir again who helped them do that after combining well with Krishna.

The Fijian shrugged Alexander off the ball and fed the Indian on the right. Manvir drilled his shot hard and low, this time with his right foot as Arshdeep let the ball slip in despite getting his hands to it.

ATKMB were awarded a penalty late on when Alexander handled the ball in the box. Krishna made no mistake from the spot-kick to put the result beyond Odisha's reach.

But the Fijian wasn't done yet, adding another goal to his name. Manvir flicked the ball towards Krishna, who beat Shubham Sarangi and raced into the box before finding the net.

Mohammed Shami Resumes Training, May Be Available For 3rd Test Against England - VIDEO