The decision to terminate Deccan Chargers' contract was taken at an emergency governing council meeting of the IPL in September, 2012 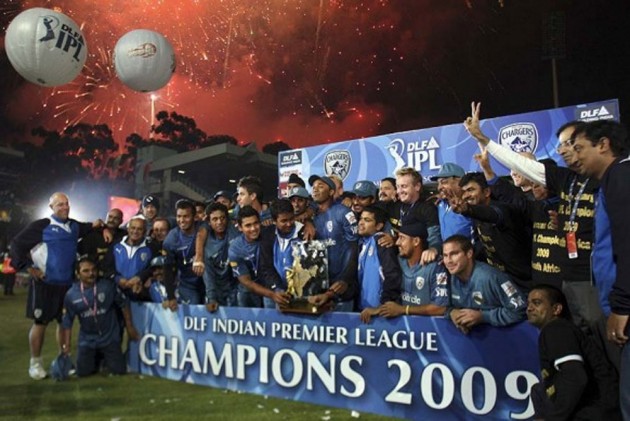 Days after winning a long-drawn legal battle against World Sports Group (WSG), the Board of Control for Cricket in India (BCCI) on Friday suffered a blow in its protracted fight against Deccan Chronicle Holdings Ltd (DCHL), which owned the then Indian Premier League (IPL) franchise Deccan Chargers. (More Cricket News)

According to reports, a Bombay High Court-appointed arbitration tribunal has awarded Rs 4800 crore to DCHL in its dispute against the Indian cricket board for 'illegal termination' of the former IPL franchise team from Hyderabad.

The decision to terminate the 'debt-ridden' Chargers' IPL contract was taken at an emergency governing council meeting of the IPL in September, 2012. Then, the board said that the action was taken after what it called a "sudden change of stance by the franchise".

When the IPL was incepted in 2008, DCHL won a bid for a Hyderabad-based franchise for ten years. Now, the city is represented in the cash-rich T20 league by SunRisers Hyderabad, which more or less inherited Chargers' legacy. Both the teams have won the IPL.

According to a Cricbuzz report, Dhir and Dhir Associates, the law firm representing Chargers said its contention of unlawful termination is upheld and BCCI is given time till September end to pay the amount.

It's reported that the arbitrator found BCCI step illegal, citing a premature termination of the contract.

DCHL had approached the Bombay HC which appointed Justice (retd) C.K. Thakar as the sole arbitrator. DCHL had claimed damages of Rs 6046 crore plus interest and charges as per reports.

BCCI can challenge the arbitrator's order before the Bombay High Court.

It's also worth mentioning that an Arbitral Tribunal consisting of Supreme Court Justices (Retd) Sujatha Manohar, Mukunthakam Sharma and S.S. Nijjar have upheld the termination of the media rights agreement for overseas territories for the IPL with World Sports Group (WSG) by the BCCI on June 28, 2010.

It will allow BCCI to appropriate amounts lying in an escrow account, to the tune of over Rs 850 crore.