Chennai Super Kings did not qualify for the IPL playoffs last season. They face a confident Delhi Capitals tonight in Dubai. 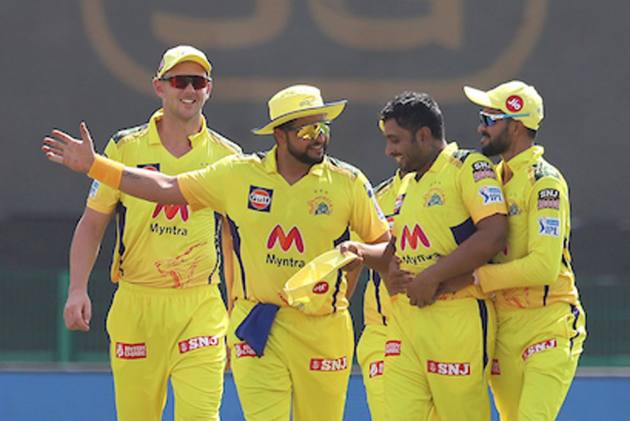 Chennai Super Kings have been the most consistent side in the history of the Indian Premier League. Out of 12 seasons, CSK have entered the playoffs a whooping 11 times, except a rare last season blemish when the team finished second from bottom.

Despite the underwhelming performances last season, CSK have emerged as the team to beat in the ongoing IPL and will take one more step for their fourth title when they take on Delhi Capitals in IPL 2021 Qualifier 1 on Sunday in Dubai.

Obviously, the stakes are high for both sides and it remains to be seen who emerges triumphant –the student (DC captain Rishabh Pant) or the master (CSK skipper Dhoni).

Let’s take a look at the strengths and weaknesses of Chennai Super Kings:

The major reason for Chennai Super Kings’ success in IPL 2021 is the starts given by openers Ruturaj Gaikwad and Faf du Plessis. The Indo-South African pair has complemented each other throughout the tournament so far and have added more than 600 runs in IPL 2021, most by an opening pair.

Nothing can stop Chennai Super Kings when MS Dhoni is at the helm. Known as Captain Cool by his peers and fans, Dhoni brings out the best with what he has at his disposal. And the players trust him too. Having retired from international cricket last year, many pointed out Dhoni won’t be the same leader like he used to be previously, but the 40-year-old has proved everyone wrong as CSK entered the playoffs for a record 11th time, all under Dhoni.

CSK have mostly relied on Shardul Thakur and Deepak Chahar when it came to bowling in IPL 2021. While Thakur has picked up 18 wickets, Chahar has taken 13. Sam Curran too contributed with nine wickets before he was ruled out due to injury.

Chennai Super Kings received a major blow when bowling all-rounder Sam Curran was ruled out of the ongoing IPL 2021 midway due to back pain. Curran had been a vital cog in the CSK setup and his absence did have an impact on their performances as the MS Dhoni-led side lost its last three league matches. Curran will also not take part in the T20 World Cup for England.

One of the major reasons for CSK’s success over the years, Suresh Raina has been a total flop this season. The left-hander, who has won many games for CSK in the past, has been able to manage only 160 runs in the 12 games he played in the IPL 2021. The CSK 'family' man had ditched the team last season, apparently due to COVID scare.

Dwayne Bravo is an asset to any T20 team in the world and has been so for Chennai Super Kings for so many years now. His all-round usefulness can win CSK a match single-handedly any given day, but that hasn’t been the case this season. Turning out in nine matches in IPL 2021, Bravo has so far scored just 47 runs and took 12 wickets so far.