Delhi Capitals head coach Ricky Ponting has promised he would speak to ICC about run-penalty for non-strikers backing too far, revealed Ashwin. 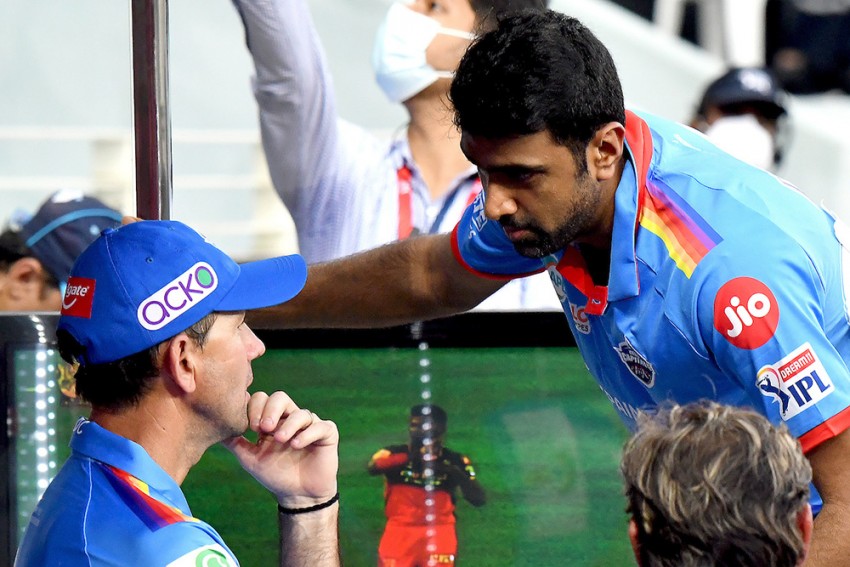 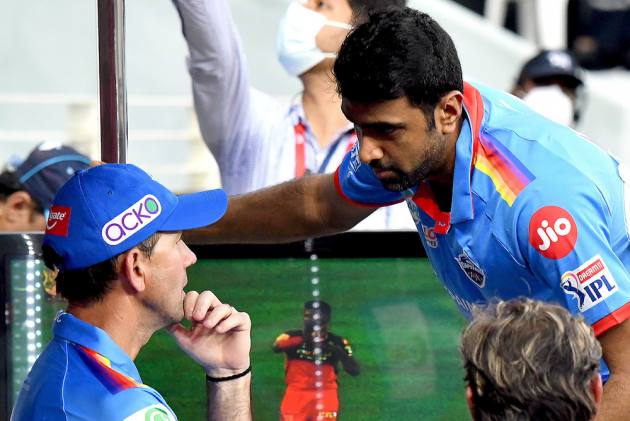 Delhi Capitals coach Ricky Ponting has made a promise to his premier spinner Ravichandran Ashwin that he would speak to the ICC about imposing a run-penalty on teams whose batsmen back up too far at non-striker's end.

Ashwin, who had been in the news for running out Jos Buttler after the batsman had backed up too far at non-striker's end-- an act called Mandaking-- during an IPL game last year, was seen giving a warning to Royal Challengers Bangalore opener Aaron Finch in Dubai on Monday.

"You can't stop thefts till thieves repent. I can't be police forever. I tagged Ponting in the tweet. He (Ponting) said he would have asked me to run him (Finch) out.
Wrong is wrong Ashwin said on the debatable 'Mankading' act.

"He said he is talking to ICC committee about penalty. He is trying really hard to keep his promise," Ashwin revealed on his YouTube channel.

Let’s make it clear !! First and final warning for 2020. I am making it official and don’t blame me later on. @RickyPonting #runout #nonstriker @AaronFinch5 and I are good buddies btw.ðÂÂÂÂÂÂÂÂÂÂÂÂðÂÂÂÂÂÂÂÂÂÂÂÂ #IPL2020

Ravichandran Ashwin's gesture was a mark of respect for Ponting's view point of not running the non-striker out. Besides, the let-off was also to do with RCB's Aaron Finch being an old teammate.

"He (Finch) has been a good friend since KXIP (days), so I let it slide as a final warning," Ashwin said.

However, Ashwin also said that he had apprehensions that non-strikers would back up since one side of the ground was big and RCB had good runners who can convert ones into twos.

"One side of ground was big, so I knew someone would back up. Because they have guys in their team who can convert twos. So I went into my jump and saw a golden helmet floated past. it kept going on its own.

"I stopped and thought, he was still outside, just staring," Ashwin said on the dilemma of 'Mankading' Finch.

The senior off-spinner also said that at least 10 runs should be docked in order to stop batsman from stealing yards at the non-striker's end.

"Punishment should be severe. Dock 10 runs for backing up and nobody will do that. Getting batsman out like this is no skill but bowlers don't have any option either," Ashwin said.

IPL 2020, KKR Vs CSK: Batting Let Bowlers Down, Says MS Dhoni After Yet Another Defeat