KL Rahul, IPL 2020's leading batsman, has captained Kings XI Punjab from the front but the results have not gone his way. 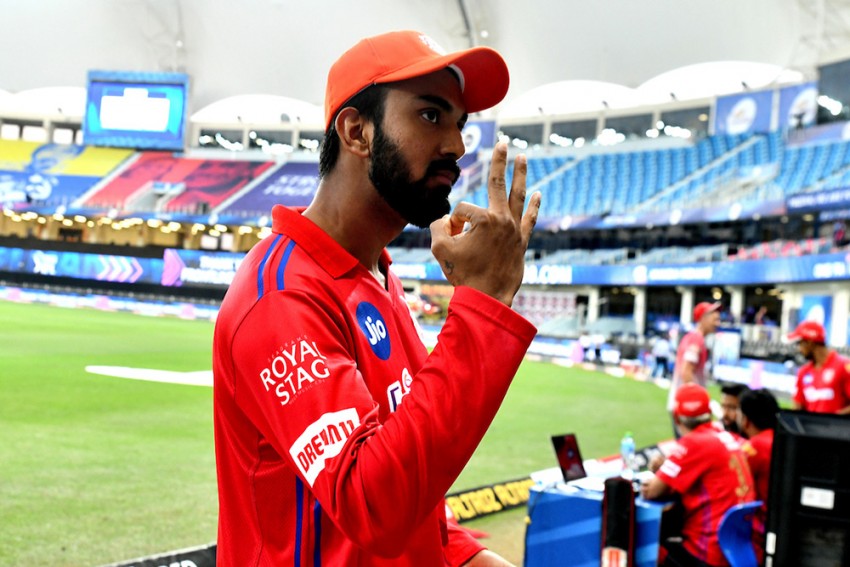 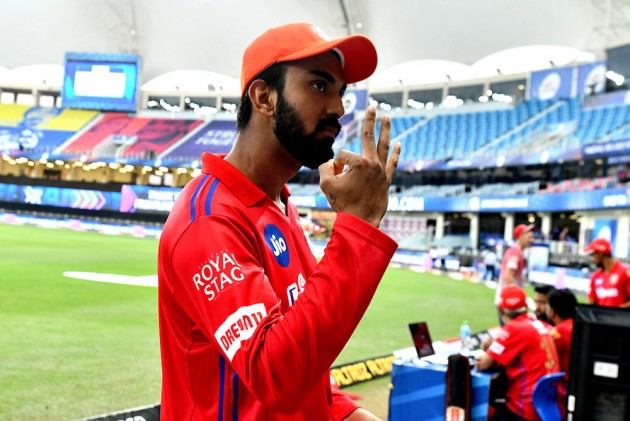 For a few times during those tense moments before the Super Over was enforced late on Sunday evening in Dubai, the TV cameras panned on KL Rahul's face. The Kings XI Punjab captain looked pensive and helpless, often closing his eyes anticipating another heartbreak. But this time against Mumbai Indians, the script changed.

Chasing 177 for a much-needed win, KL Rahul once again did all the hard work. Royal Challenger Bangalore's AB De Villiers may have taken away most of the spotlight with his super-human batting skills but Rahul has been outstanding an opener.

Against Mumbai Indians, Rahul was in control again. He mixed power and timing to precision and by being an excellent judge of the length of the ball, Rahul goes about scoring runs with controlled aggression.

A man who has scored over 500 runs in three consecutive IPLs, KL Rahul was bestowed the Kings XI Punjab captaincy this season. With another Bangalorean -- Anil Kumble -- there to guide him in the dressing room, Rahul was in good space.

But guidance and execution are two different things. You can have the best coach in the world but all that matters is what you do in that 22-yard zone. Day in and day out. Rahul has been outstanding and with Mayank Agarwal, another man with a classic approach, the duo has been IPL 2020's most consistent pair of openers.

MAN WITH A MISSION

KXIP were always in control as far as the chase went. But the exit of the sensible Nicholas Pooran and the woefully short on form Glenn Maxwell within a space of four balls, left KXIP in a big hole. But Rahul kept his cool.

But Bumrah struck. Rahul dragged a ball onto the stumps and left in the middle of the 18th over. For 50 deliveries, he did not play a false stroke and now an inside edge! Rahul let out a cry of frustration. He stood near the dugout fearing the worst. 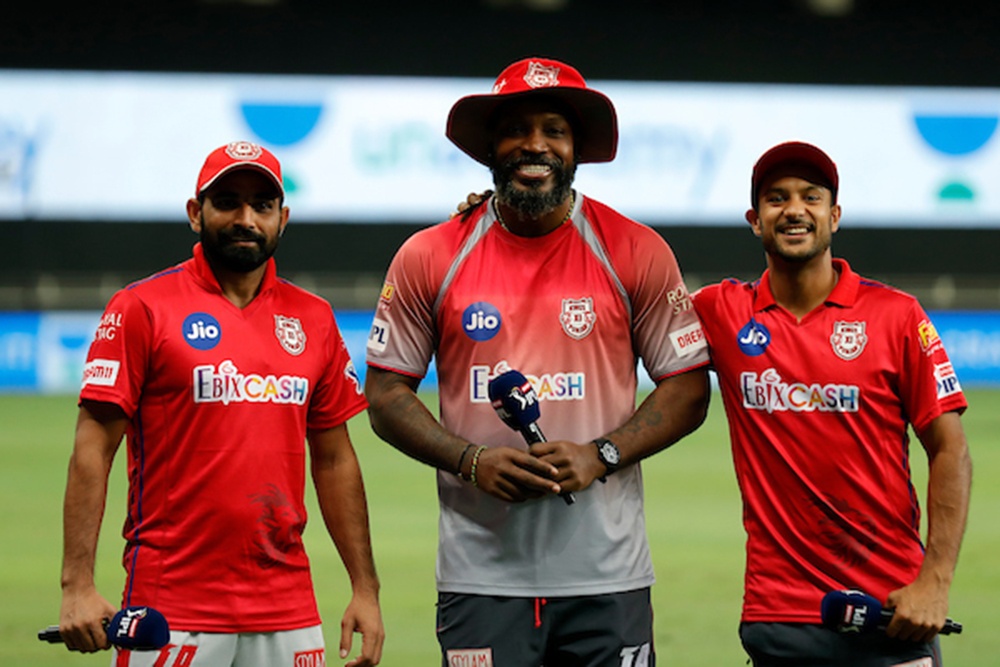 With Kings XI Punjab left to get 24 runs off 15 balls, Deepak Hooda held his nerves and Chris Jordan ran for his life to steer Kings XI Punjab to tie Mumbai Indians' score of 176. The first Super Over was enforced.

KL Rahul played his role in the first super over. Mumbai Indians needed all of six runs to win but Mohammad Shami was spot on with his yorkers. Then Rahul's brilliant run out of Quinton de Kock forced the second Super Over.

Super Over rules stipulate that once you have batted or bowled, there is no second chance. And for the first time in an IPL match there were two super overs.

Chris Gayle won his battle with Trent Boult in the second super over. KXIP needed 12 to win and did so with two balls to spare.

Gayle, who smashed a scintillating 50 in his first IPL 2020 match against RCB earlier in the week, scored 24 off 21 balls in regulation time but his six of the Kiwi pacer in the second Super Over, killed Boult mentally. Mayank Agarwal slammed two boundaries as KXIP won their third match in nine games. 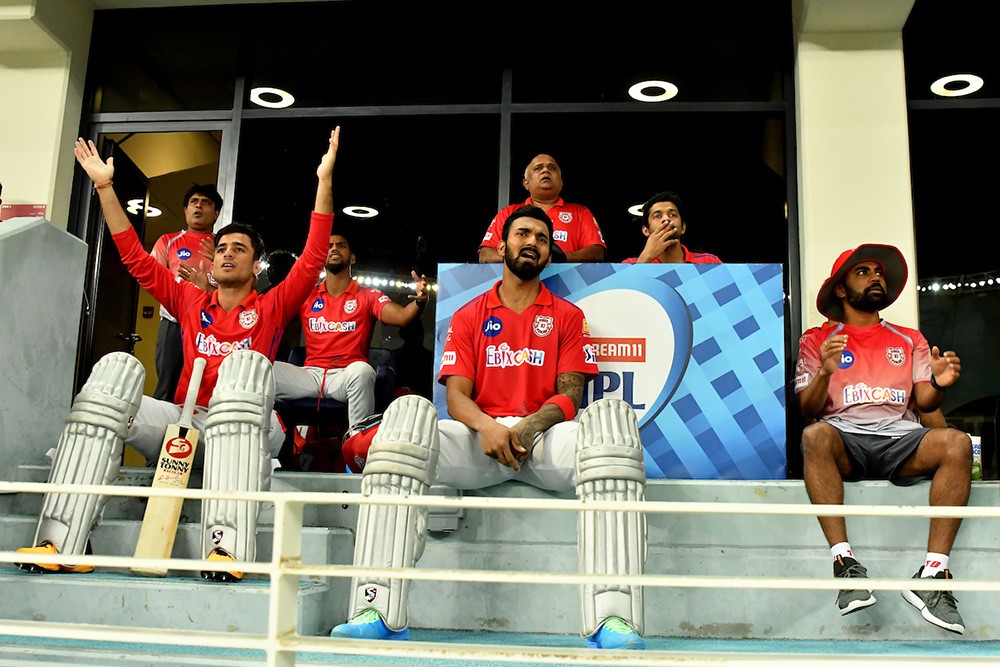 The Kings XI Punjab dressing room had tense a look before Deepak Hooda and Chris Jordan forced the Super Over versus Mumbai Indians. (Photo: BCCI)

"You can never prepare for Super Overs. No team does. So you have to trust your bowler's gut. You trust your bowler, and let them believe their instinct and gut," said KL Rahul in a post-match chat.

He sported a light smile knowing full well that Sunday's win will be useless until KXIP can progress to the play-offs and that's a long way off.

But it was celebration time for the KXIP skipper and Rahul lauded Mohammad Shami for his workmanlike Super Over spell that nailed the in-form Rohit Sharma and Quinton de Kock.

"He (Shami) was very clear he wanted to go six yorkers. He has been phenomenal, and keeps getting better every game. It is important that senior players win the games for the team.

KXIP had sensationally lost a super over against Delhi Capitals earlier in the tournament and succumbed from winning positions in other games. KL Rahul is very much aware and that's what makes him a good captain. The situation does not get the better of his senses.

"(The tide might be turning with two close wins) but we still want to take it one game at a time. It is sweet after the kind of matches we have lost but the talk in the dressing room is to focus on the process. We know we need to win everything from here, but we can't forget the processes that lead to a win," Rahul said.

This is what happens to a team when you have an Anil Kumble in the dressing room. This IPL is not yet over for KXIP. For all the good work, Rahul, Mayank Agarwal, Mohammad Shami and Ravi Bishnoi have done so far, a play off spot may not be far away.