It will be a new IPL for MS Dhoni in slightly unfamiliar surroundings, away from "Fort Chepauk" and without his most trusted lieutenant Suresh Raina. But CSK still pack a punch 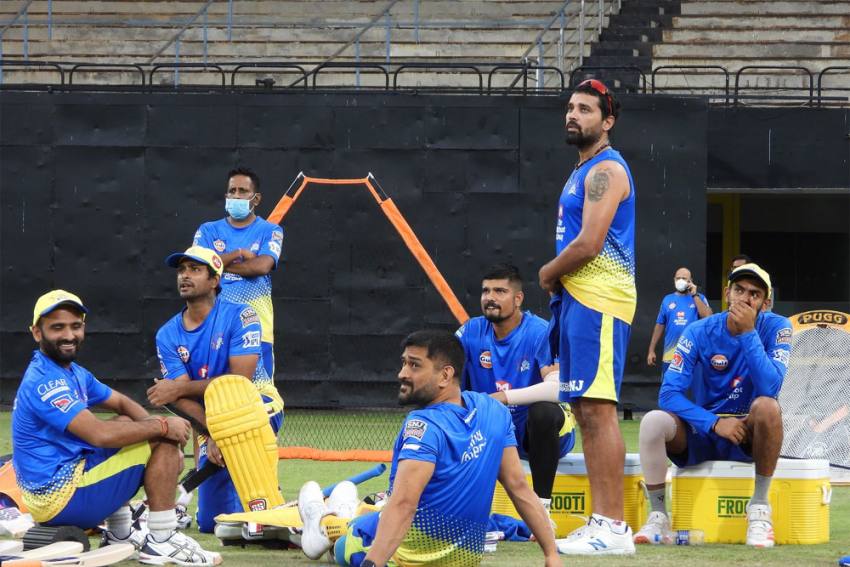 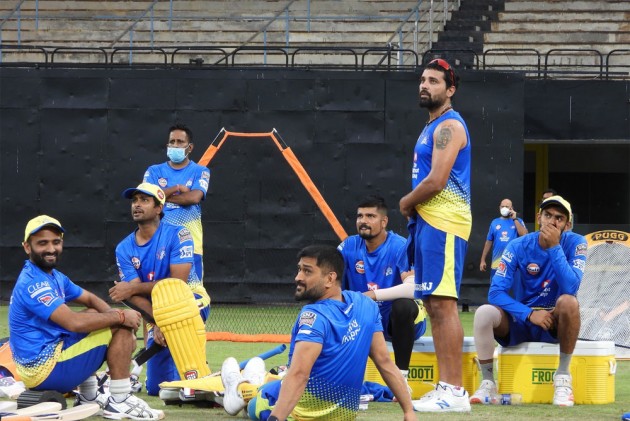 Mahendra Singh Dhoni's return to competitive cricket would be the more keenly-watched sub-plot of the Chennai Super Kings' IPL campaign, which hit a rough patch quite early thanks to a couple of major pullouts and COVID-19 cases in the contingent. (More Cricket News)

The playoff regulars will open the tournament with what is expected to be an intense clash against defending champions Mumbai Indians on Saturday in Abu Dhabi.

In the run-up to this showdown, the side has battled 13 COVID-19 cases, including two players, and pullouts by the senior duo of Suresh Raina and Harbhajan Singh due to personal reasons.

But as Virender Sehwag aptly put it, the focus is likely to be exclusively on Dhoni's return to the field exactly 34 days after he called time on his international career.

Having led CSK to three titles and eight finals, no one knows the IPL pitch better than Chennai's very own "Thala", whose maximum utilisation of available resources is the stuff of legends.

It will be a new tournament for Dhoni in slightly unfamiliar surroundings, away from "Fort Chepauk" and without his most trusted lieutenant in Canary Yellow, Raina.

It will not be easy to alter a batting line-up of 10 seasons in which Raina was the stablest and the most influential No.3 in the history of IPL.

Save for the last season, when the left-hander was in horrendous form, Raina has been outstanding for the side. It was credit to Dhoni and his marshalling of resources that CSK still reached the final last year without any tangible contribution from their "Chinna Thala".

One might not see Dhoni playing the IPL beyond 2021, which is another six months from now, but for fans this edition, in particular, could be a captaincy master-class in terms of strategy with a core team of 35-year-olds.

The coinage 'Dad's Army', however indulgent it might sound, has a negative connotation but this bunch of 'Oldies' believe in smart work more than hard work.

So, while Ambati Rayudu and Shane Watson are expected to open the innings, Faf du Plessis can come in at No 3.

The skipper, on a number of occasions, has promoted himself to No.4 and would be happy to get set playing a few more balls.

The cheeky Kedar Jadhav is expected to play at No.5 and will be one of the designated finishers in this line-up along with Dwayne Bravo and Ravindra Jadeja at Nos 6 and 7 respectively.

This is a line-up which is good for the sluggish tracks in UAE, a skil it has demonstrated time and again in Chepauk.

Once Sam Curran is eligible to play after the mandated quarantine, he can be a floater in the batting order. He will also be handy with his swing bowling.

CSK has been a spin heavy team and will go in with three specialist tweakers. Mitchell Santner and Piyush Chawla are the specialists in contention for first XI spots and they will have Ravindra Jadeja for company.

Lungi Ngidi and Deepak Chahar, who has recovered from COVID-19, are the frontline pacers who are expected to start.

In case Chahar is not fully match fit, his like for like replacement would be Shardul Thakur just like Imran Tahir for Chawla and Josh Hazlewood (once available) for Ngidi.

Given the balance of the side, it wouldn't be a surprise to see CSK defy all odds to compete in their 11th play-off in as many IPL appearances.