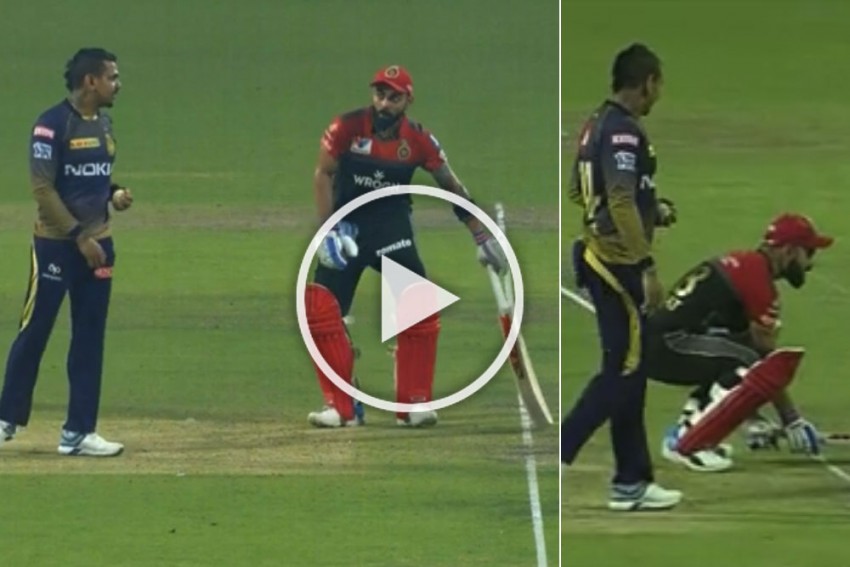 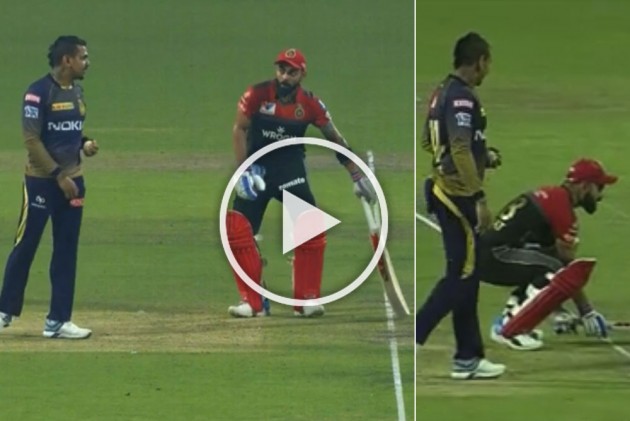 In the 18th over of the RCB innings, Sunil Narine stopped at his delivery stride for the fifth ball to Marus Stoinis with Kohli at the non-striker's end – a routine usually followed by bowlers while trying to mankad a batsman. But Narine didn't show any intention of doing it.

Kohli, however, took the opportunity to tease the bowler and play-acted as if he's struggling to return to the safety of the crease.

RCB eked out a 10-run win over KKR for only their second success of the season after Andre Russell and Nitish Rana nearly pulled off the impossible for the hosts.

The tense climax came after Kohli smashed 100 off 58 balls for his fifth century in the IPL and first this season. RCB hammered 91 runs off the last five overs to reach 213 for four, their highest total this year.

Ali's 66 off 28 while batting alongside Kohli also proved crucial for RCB's cause as they finally managed to defend.

The win keeps RCB mathematically alive in the tournament while KKR suffered their fourth loss in as many games.