India's Tour Of Sri Lanka: Pleased And Proud, Youngsters Ready To Prove Their Worth

The Shikhar Dhawan-led Indian team will play three ODIs and as many T20Is against Sri Lanka in Colombo, starting from July 13 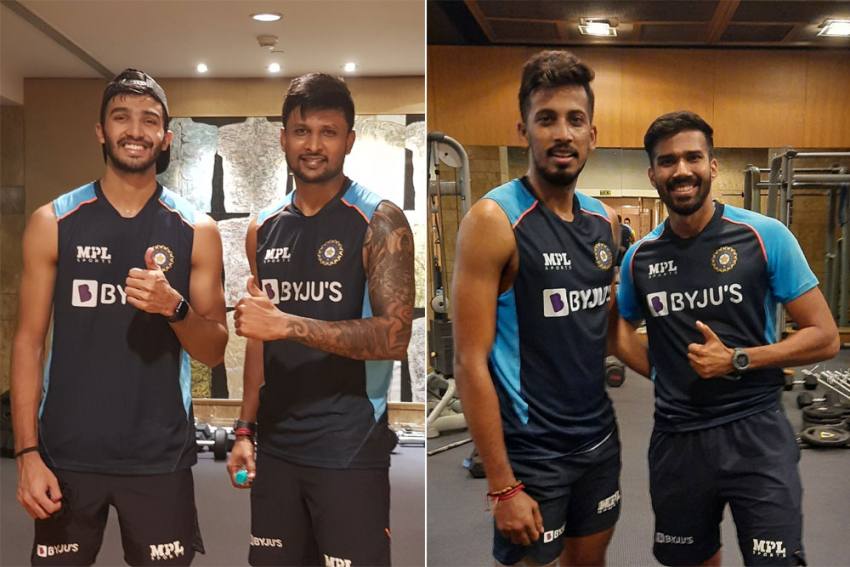 The Indian players started their quarantine on June 14 and will continue till June 28. However, their hard quarantine period is over.
Courtesy: Twitter (@BCCI)
PTI 2021-06-25T14:50:21+05:30 India's Tour Of Sri Lanka: Pleased And Proud, Youngsters Ready To Prove Their Worth 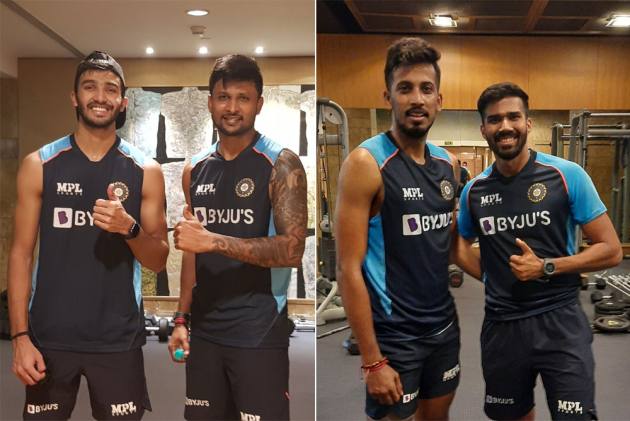 Rookie left-arm pacer Chetan Sakariya says he has done his workouts properly during the hard quarantine period here and is raring to go for the limited-overs series against Sri Lanka starting July 13. (More Cricket News)

The Indian players, led by Shikhar Dhawan, started their quarantine on June 14 and will continue till June 28. However, their hard quarantine period is over.

"Everybody is now used to quarantine ... it is good to come out of the quarantine and meet other players and everybody has done work out as per the needs. I am feeling very good,” the 23-year-old Sakariya, who has earned his maiden India call-up, told bcci.tv.

“When I got out of the room, I was constantly looking at myself, I was feeling good wearing the jersey, but once I came to the gym, I started doing my normal workout,” said the Saurashtra pacer, who recently lost his father due to COVID-19.

“The first seven days were difficult for me, as I was waiting to meet my teammates and I was waiting to wear the jersey. That time was a bit tough for me as each hour was feeling like a year,” said 27-year-old.

Rana is looking forward to more intense work-out sessions with a new trainer.

“The atmosphere here is good and I am excited for the series to start. With a new trainer, I learned and did a new thing.

"After seven days I did intense training and I am looking forward to more intense workout sessions," said the left-handed batsman.

“Yeah, it has been great. Even in quarantine, we were trying to do as much as possible in our room, but it (training) is much better here in the gym and it is good to get out there and have a good session,” said Padikkal, himself a flamboyant batsman.

Gowtham, on his part, said that it was good to train with his Karnataka team-mate.

“We play for Karnataka, so we exactly know each other’s strengths and weaknesses. Training with him (Padikkal) again, which was fun, but he needs to pick some more weight, so hope he gets stronger,” quipped Gowtham.

“We were waiting for this for so many years, the place where you want to be, you work hard for that and when you get to know you are finally there, obviously it feels very nice,” said Gaikwad, who hails from Pune.

“Because there have been lots of seasoned players in this tour and working out just next to them in the gym is a special feeling, it is definitely a dream come true for me,” the leg-break bowler said.

The Shikhar Dhawan-led Indian team will play three ODIs and as many T20Is against Sri Lanka in Colombo, starting from July 13.

ENG Vs SL, 3rd T20I, Live Streaming: When And Where To Watch England Vs Sri Lanka Cricket Match