Jasprit Bumrah Reveals The Genesis Of THAT Sensational Slow Yorker

The 25-year-old took six wickets to register his best bowling figures in an innings. 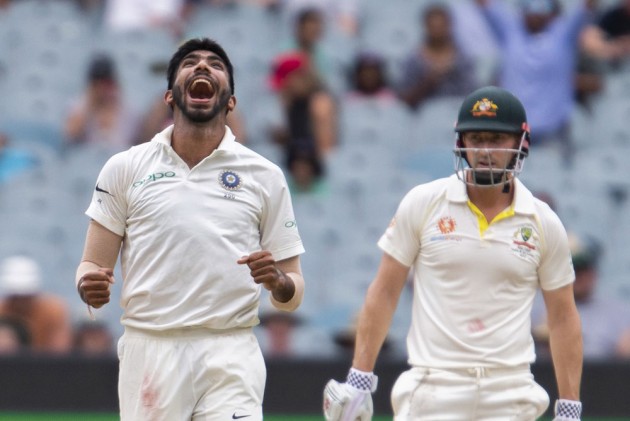 Bumrah, 25, took six wickets to register his best bowling figures in an innings and help India bowl out Australia for 151. The highlight of his performance was the dismissal of March in the 33rd over, at the stroke of Lunch.

After a day's play, Bumrah revealed the genesis of that delivery.

"When I was bowling before lunch, the wicket was not doing a lot and the ball had become soft," Bumhrah told cricket.com.au.

"Rohit was there at mid-off and he said, 'it's the last ball, you could try a slower ball'. He told me that I use it quite a lot in white-ball cricket and I could still try it.

"The execution was good and we got a wicket off the last ball.

"(I have to thank Rohit) for the suggestion, obviously.

"The wicket is on the slower side and sometimes the batsmen play with hard hands, so (the slower ball) could come into play. So that was the plan."

On a day of enthralling Test cricket, bowlers dictated the terms with Bumrah and Pat Cummins talking with the ball for their respective sides. In all, 15 wickets have fallen on Friday with 10 of those going to the two pacers.

But, despite a horrendous batting show from India's top-order batsmen, the day ended with the visitors taking a 346-run lead. At the draw of bails, India were 54/5 in 27 overs with Agarwal (28) and Rishabh Pant (6) unbeaten.