At the close of play on Day 4, Australia were six without loss in their second innings after following-on, still trailing India by 316 runs. 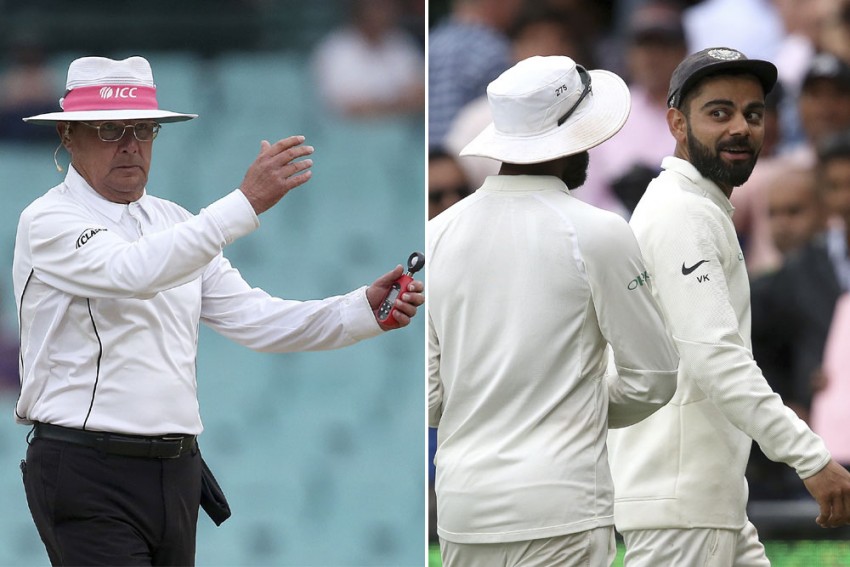 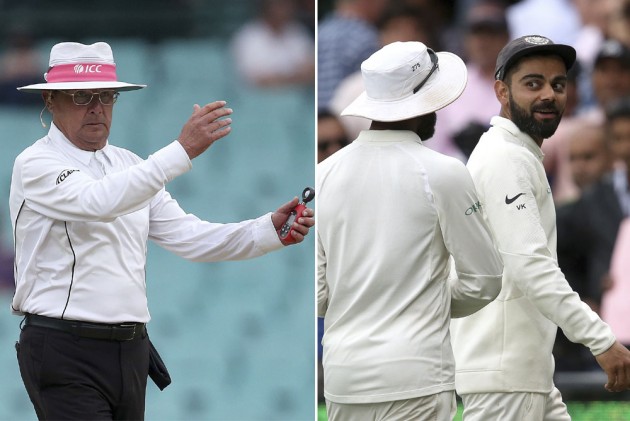 Bad light and rain continued to play dominant roles in the fourth and final Test match of the 2018-19 Border-Gavaskar Trophy series even as Australia were asked to follow-on for the first time in more than three decades.

Yet it was the visiting India team which endured the frustrating periods of inaction at the Sydney Cricket Ground on Sunday having bowled out the hosts for 300 to take a good lead of 322 runs.

At the close of play on Day 4, Australia were six without loss in their second innings after following-on, still trailing India by 316 runs.

Chinaman Kuldeep Yadav picked up a five-wicket haul in his maiden Test on Australian soil, helping India enforce the follow-on. Then bad light forced an early Tea as umpires took players off the field with eight minutes remaining in the belated session with Marcus Harris (2) and Usman Khawaja (4) unbeaten.

This was after Australia were bowled out for 300 runs (104.5 overs) in their first innings and were asked to follow on, surrendering a lead of 322 runs. Kuldeep took 5/99 in his first game of the series.

After the morning session was washed out, play resumed at 1.50 pm local time with 230 minutes lost to bad light and rain since day three.

India took the second new ball immediately and made quick inroads. Mohammed Shami (2-58) bowled Pat Cummins (25) with a ball that kept low on the sixth ball after the resumption of play.

At the other end, Jasprit Bumrah (1/62) set up Peter Handscomb (37) who played on after a resilient innings, facing 111 balls.

Yadav then trapped Nathan Lyon (0) lbw as Australia lost three wickets for 22 runs in the space of 44 balls.

And he could have immediately completed his five-wicket haul, but Hanuma Vihari put down a skier from Josh Hazlewood (21) at mid on. In the process, Vihari hurt his left shoulder whilst fielding and didn’t take the field later on in the session, with Hardik Pandya coming on as a substitute fielder.

Hazlewood and Mitchell Starc (29 not out) then added 42 runs for the tenth wicket as Australia reached 300 despite another pitiful batting display.

Yadav got his reward thereafter with Hazlewood trapped lbw on a close umpire’s call, and the decision stayed in the wrist-spinner’s favour despite the DRS call.

Australia were then forced to follow on for the first time in Test cricket since 2005 when England had enforced the same in Nottingham. On their home soil, this was the first instance of Australia following on since 1988, again in Sydney, versus England.

Earlier, incessant rain and bad light prevented the start of play. It couldn’t commence at the scheduled early 10 am local time start due to bad light and wet conditions from overnight heavy rain.

The light improved in some time and the two umpires stipulated 11 am local time as the start of play, but rain arrived to prevent that from happening.

The inclement weather didn’t relent until lunchtime and the morning session was completely washed out.

Australia were reduced to 236/6 at stumps on day three when bad light had stopped play.

India have an unassailable 2-1 series’ lead after winning the first Test in Adelaide by 31 runs and the third Test in Melbourne by 137 runs. Australia had won the second Test in Perth by 146 runs.