Australia posted a challenging 278 for nine after batting first at the Ian Healy Oval. In reply, India could only manage 242 for seven. 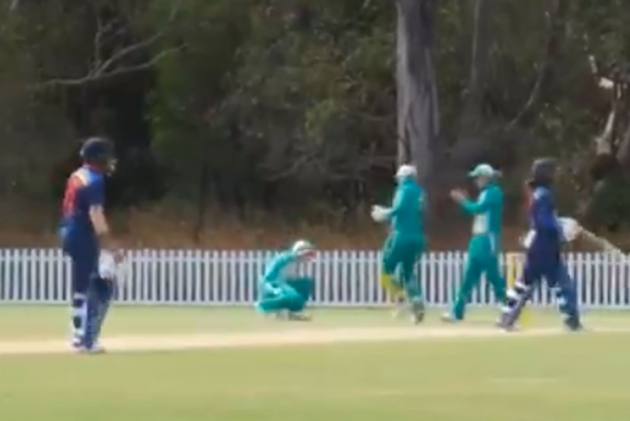 The Indian women's team made a disappointing start to its tour of Australia as it suffered a 36-run loss in a 50-over warm-up match in Brisbane on Saturday. (More Cricket News)

In reply, India could only manage 242 for seven in their 50 overs with Pooja Vastrakar (57) emerging as the top-scorer.

For Australia, star all-rounder Ellyse Perry (2/38) made a successful return to new-ball duties as she, along with 19-year-old quick Stella Campbell (3/38), snapped two wickets each inside the first 15 overs to leave India reeling at 88 for four.

Perry produced a disciplined performance, bowling a tight line and was rewarded with the wickets of opener Smriti Mandhana (14) and Mithali Raj (1).

Campbell made her case for an international debut as she got rid of Shafali Verma (27) and Richa Ghosh (11) early.

The 21-year-old India rookie Yastika Bhatia (41) then gave ample display of her resilience as she negotiated a barrage of short balls from Darcie Brown, 18, before being dismissed by left-arm finger spinner Sophie Molineux (1/12).

With India slipping to 106 for six, Vastrakar and Deepti Sharma (49 not out) tried to stage a recovery but the duo couldn't take them across the line.

Vastraker ran out Haynes to break the partnership and Perry (1) was stumped after she appeared to be unaware that she had strayed out.

With two wickets falling in quick succession, Australia slipped to 136 for four.

After that, Ashleigh Gardner (24) combined with Mooney for an important fifth-wicket stand of 63.

Annabel Sutherland (20 off 14) and Georgia Wareham (17 not out off 15) then offered India a stark warning of their depth as Australia posted a good score on board.

The two teams will meet in the ODI series opener on Tuesday.