Manpreet has been India’s captain since May 2017. The mercurial halfback has so far played 242 matches for India and scored 19 times 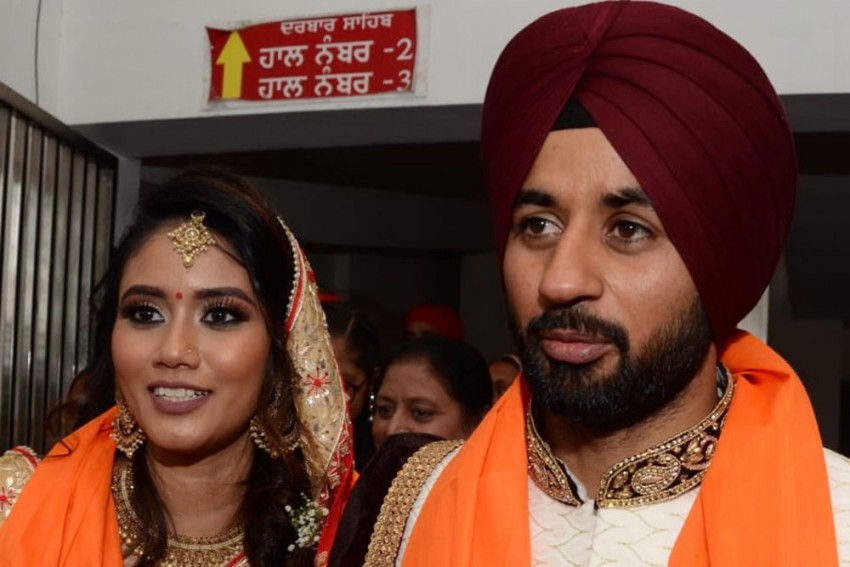 Manpreet, 28, had met Illi during the Sultan of Johor Cup in 2012. They were to wed before the Tokyo Olympics, but the ceremony was postponed due to the coronavirus outbreak.

Reports claimed that Saddique, a Malaysian national of Pakistani descent, works for a private University in Malaysia. Her mother, Masita used to play hockey for the Malaysian army.

“We met in 2012 when I had gone to Malaysia for the Sultan of Johor Cup. She was among the spectators. We had a brief interaction and I was carried away by her charm. I managed to get her phone number and stayed in touch. We got engaged in February 2014,” the Tribune quoted Manpreet as saying. “She will stay with my family here. She is getting accustomed to the Punjabi culture and has already become fond of it. We have given her a Punjabi name, Navpreet Kaur.”

Manpreet's India team-mate, Mandeep Singh, shared a photo with a beautiful quote, which read: "To us, family means putting our arms around each other and being there.. dear brother I want to congratulate you on this special occasion, this new stage in your life.. @manpreetsingh07 Bhabi @illisaddique".

“We have followed all Covid-related guidelines and invited a limited number of guests. I am a bit disappointed that I could not invite my entire team,” Manpreet added.

Manpreet has been India’s captain since May 2017. The mercurial halfback has so far played 242 matches for India and scored 19 times.

Saddique, who professed love for hockey, had earlier said that Manpreet’s focus would be on the sport even after marriage and she would be rooting for her husband to make India proud in Tokyo.

“The only difference now will be that I will be with him at home whenever he is on a break from the national camps or tournaments,” Saddique said.

“An Olympic hockey medal next year will be the perfect start to our married life. I'm confident Manpreet and his team are on track to make India proud in Tokyo. It will be an honour for me to be by his side, seeing him achieve his dreams,” she said.

Concussion Substitutions To Be Trialled In January 2021