India will continue their preparations for the T20 World Cup in Australia and many players, whose places are not yet secure, will try to impress the team management and selectors with their performances against the West Indies. 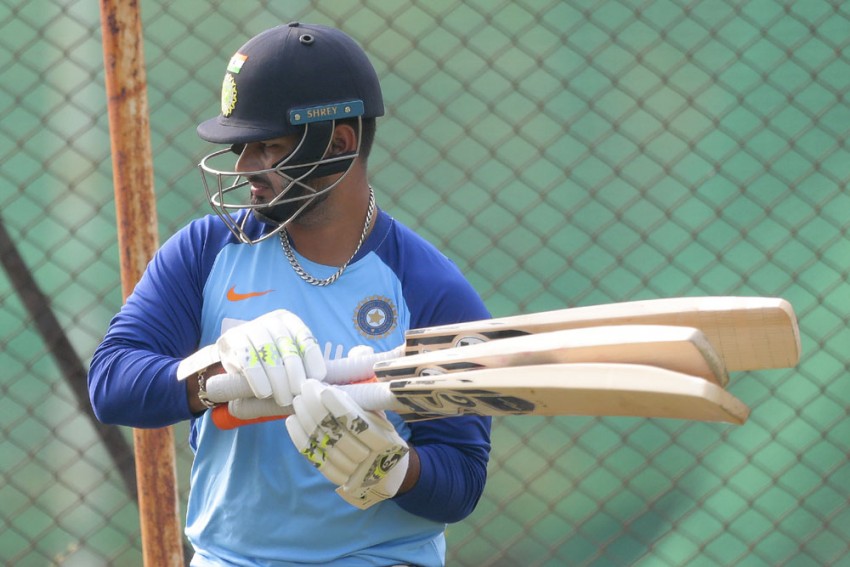 Rishabh Pant has, of late, come under the scanner for his inconsistent form with the bat and poor glove work.
AP
PTI December 05, 2019 00:00 IST Focus On KL Rahul, Rishabh Pant As India Gear Up For T20 Cricket Series Vs West Indies 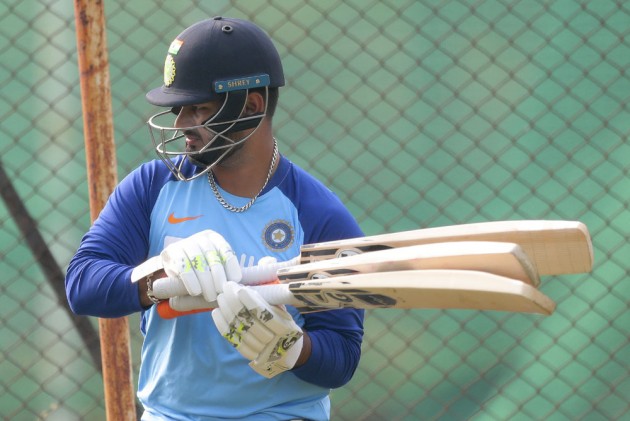 The likes of KL Rahul and Rishabh Pant will be aiming to cement their places in the squad as India continue auditions for next year's T20 World Cup when they take on the West Indies in a three-match T20 series, starting on Friday.

India will continue their preparations for the T20 World Cup in Australia and many players, whose places are not yet secure, will try to impress the team management and selectors with their performances against the West Indies.

One such name is Rahul.

In the absence of injured opener Shikhar Dhawan, the series will provide the stylish right-handed batsman, who holds a good record in T20s, a very good opportunity to secure his place as Rohit Sharma's partner up the order.

Besides Rahul, another individual who would like to answer his critics with solid performances is Pant.

Pant has, of late, come under the scanner for his inconsistent form with the bat and poor glove work.

He has been seen as the successor to Mahendra Singh Dhoni, but after the conclusion of the ICC ODI World Cup earlier this year, Pant has endured a slump in form and was heavily criticised for throwing his wicket away on multiple occasions.

Even his glove-work came under heavy scrutiny and the left-hander was dropped in the longest format of the game and Wriddhiman Saha regained his place in the playing XI.

With the selectors bringing in talented Sanju Samson in the squad and talks of Dhoni coming out of his sabbatical soon, it's high time for Pant to either perform or lose his place in the squad.

The series is also huge for Samson.

Although he was named in the T20 squad against Bangladesh, the Kerala 'keeper-batsman didn't get a single opportunity in the series and was only picked for this rubber after Dhawan sustained a knee injury while playing for Delhi in the Syed Mushtaq Ali National T20 Championship.

It is certain that Pant will be the first choice wicketkeeper but in case he fails again, it remains to be seen whether the team management gives Samson an opportunity, which he certainly deserves.

The good news for India is that Virat Kohli will return to lead the side after taking a break in the T20 series against Bangladesh.

On the bowling front, there are several notable comebacks with the likes of Kuldeep Yadav, Mohammed Shami, and Bhuvneshwar Kumar returning to the side's T20 setup.

The duo of Kuldeep and Chahal, also known as 'Kulcha', will reunite after a long time. Kuldeep last featured in the shortest format in February 2019 against New Zealand.

The Indian pace attack looks menacing with the return of Bhuvneshwar Kumar and Mohammed Shami.

Shami last appeared in a T20I in 2017, while Bhuvneshwar returns to the squad after recovering from a muscle problem. Bhuvneshwar's last T20 was against the West Indies in the Caribbean in August this year.

The find of the Bangladesh series, Deepak Chahar, is also expected to play a big role alongside Shami and Bhuvneshwar in the past attack.

West Indies, on the other hand, would be looking for revenge after being dismantled by India 3-0 in their own backyard in August.

West Indies are considered a very good T20 side and what would act in their favour is that they have already acclimatised to the conditions, having played Afghanistan in a full series in Lucknow.

Having been entrusted with the captaincy responsibility, Kieron Pollard will look to lead from the front.

With Nicholas Pooran ruled out of the first T20 because of a four-match ban for ball-tampering, the onus would be on Shai Hope and Shimron Hetmyer to guide West Indies batting line-up.

Besides, the Indians would also be wary of Roston Chase, who can make useful contributions with both bat and ball.

Keeping in mind the T20 World Cup, the West Indies are also trying out various combinations and have drafted in quite a few new faces in the team.

The match starts at 7 pm IST.

ICC Extends Its Partnership With OPPO Till September 2023