Bangladesh registered a seven-wicket victory over India in their first T20I at the Arun Jaitley Stadium, with Mushfiqur Rahim scoring a half-century. 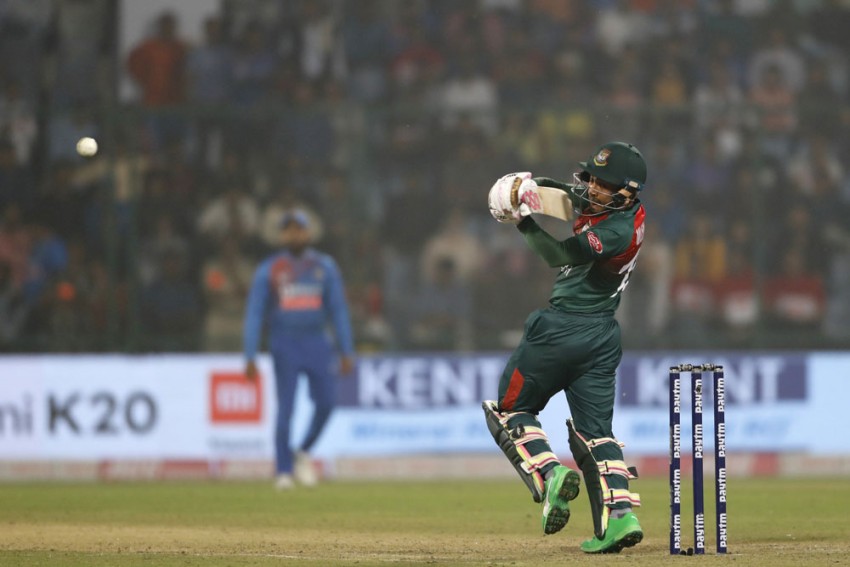 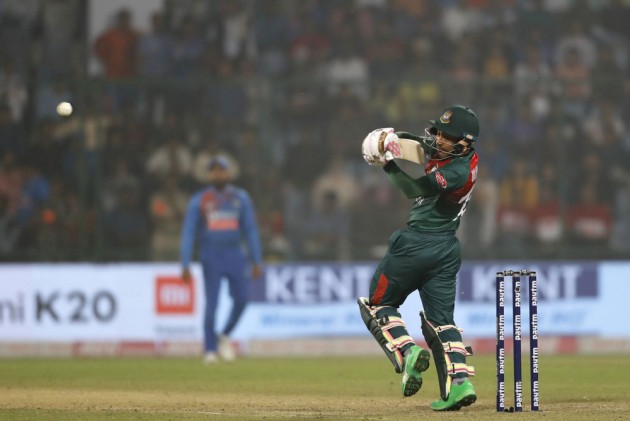 Bangladesh's Mushfiqur Rahim, who is beaming with joy, after registering unbeaten knock of 60 runs against India in the first T20I has dedicated the half-century to his son.

Rahim scored 60 runs that helped Bangladesh chase down the target with three balls to spare against India.

Bangladesh registered a seven-wicket victory over India on Sunday at the Arun Jaitley stadium in the national capital, which is facing challenging weather conditions.

After taking a 1-0 lead over India, Rahim now wants to seal the three-match series as he is looking forward to winning the second T20I.

"We have come here to compete in each and every game. As long as you are playing consistent cricket and improving in each game - that is our main goal. After winning this game we are surely looking forward to winning another game, hopefully, the next game," he said.

"We won, but there are a couple of areas we can improve in. If we improve in those areas and play much better than what we did tonight then I think there is nothing impossible in the next game. We will try our level best to compete against India," Rahim added.

This was also Bangladesh's first victory over India in the shortest format of the game.

Reflecting on the same, Rahim said, "It is a great moment for Bangladesh cricket because we had not won against them in the T20 format. We are also a missing couple of our key players but still, I think the way all the young players stick together and the way all the bowlers bowled, it is outstanding."

The second T20I between both teams will be played on November 7.