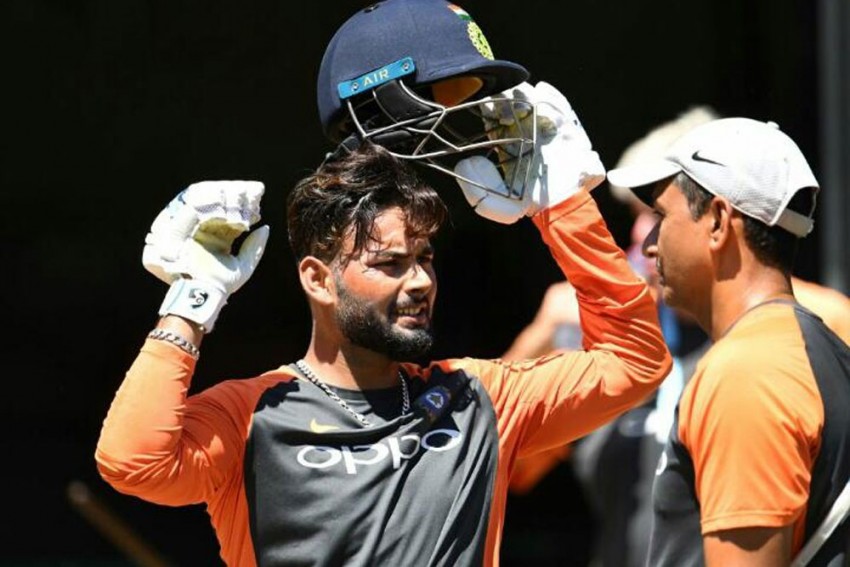 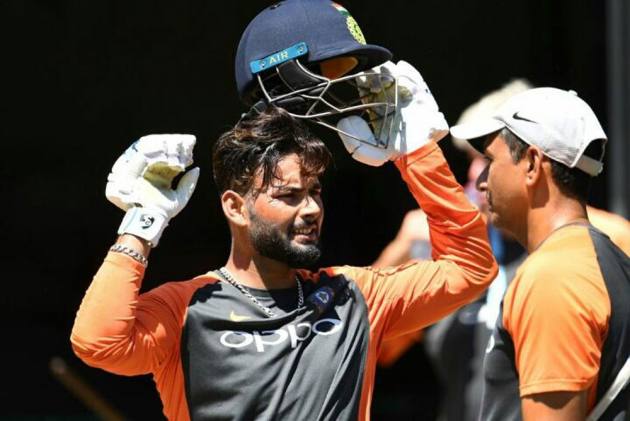 On the eve of the India-Australia ODI series finale in Delhi, India bowling coach Bharat Arun defended underfired wicketkeeper Rishabh Pant, saying "it is unfair to compare the newcomer to a legend" like Mahendra Singh Dhoni.

Pant, 21, missed a few chances behind the wicket in the Mohali ODI which India lost by four wickets; and the spectators demanded Dhoni's return, who was rested for the last two matches.

On Tuesday, speaking to the media, Arun said the team was in the middle of trying out combinations ahead of the 2019 World Cup.

"Unfair to compare Dhoni and Pant. Dhoni's stature is huge. He is a legend. His work behind the stumps is exemplary.

"MSD is a huge influence on the team. We will be trying out different combinations. Not necessarily these combinations will be in the World Cup. Any mistakes, hiccups have to be now. We are extremely cautious," he said.

Keeping in mind the workload of the players, the Indian team on Tuesday did not train ahead of the final game against Australia.

However, the bowling coach said the team at this point is really happy with the combinations they were trying out going into the mega event starting May 30.

"Considering the workload and the back-to-back matches, we wanted to be mentally fit for the big one," he said.

Commenting on the last game, Arun said that Aussie batman Ashton Turner (84 off 43 balls) must be given credit for his job and he is happy with the way the Indian bowlers have bowled.

"If you see, the success of our bowlers, it has been more than 75 per cent. These things do happen (last game) and I am happy that it happened now and it shows us areas where we can improve before the World Cup.

"You should give credit to the knock Ashton played. Dew played a crucial role -- but I am not trying to give excuses. Didn't bowl as well we had planned for him, but we will comeback stronger," he said.

"More or less, the team is sure of the combinations. Want to try out all combinations so that there is no room for any further improvement going into the tournament," he explained.

Commenting on Virat Kohli's batting down the order in the Mohali ODI, Arun said: "This is the only time we can try combinations. Kohli has been absolutely successful at No.3 and we are trying options before the World Cup.

Arun was full of praises for both Kedar Jadhav and all-rounder Vijay Shankar.

"Vijay has gained in confidence, batted brilliantly, be it No.4, 6 or 7. The confidence from batting rubbed onto his bowling. He is touching 130 (kmph) and is looking a lot more confident.

"Kedar has also done the job on many occasions. But I have told my bowlers that as long as you don't let him bowl, you have done a good job," he smiled.

Commenting on the camouflage caps controversy created by the Pakistan Cricket Board, Arun said: "I think we did what we felt we needed to do for the country. We wanted to show we appreciate the cause. It is beyond us to think or control what PCB thinks."

In a winner-take-all contest, India will take on Australia in the fifth and final ODI on Wednesday at Feroz Shah Kotla, Delhi.

This will be India's last in the 50-over format before the World Cup.