Meanwhile, India continued to rotate their spin options by bringing in both Ravindra Jadeja and Kuldeep Yadav 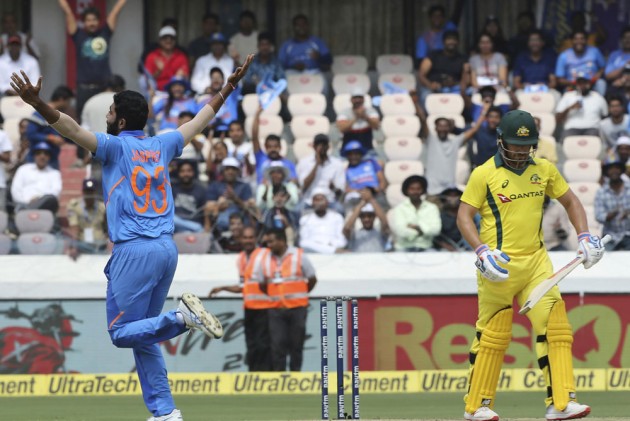 Bumrah, 25, had Finch caught behind by Mahendra Singh Dhoni off the very third delivery of his spell with a brilliant delivery, which shaped away just enough to get a fine nick after getting a good bounce.

Some Days Execution In Death Bowling Doesn't Come Off: Bumrah

India Are The Best At Home, Feels Aussie Skipper Finch

He is also the third Aussie player to get a duck in the 100th ODI.

But he continued to be lucky at the call of toss. Earlier, he called it right to win the toss for the third time in this tour and opted to bat first.

Meanwhile, India continued to rotate their spin options by bringing in both Ravindra Jadeja and Kuldeep Yadav. Yuzvendra Chahal was rested.