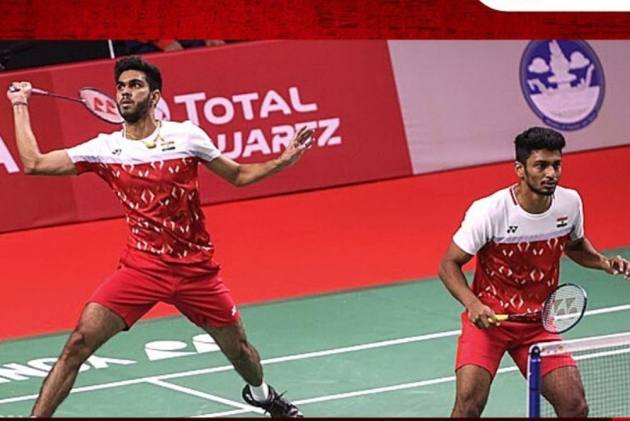 India’s shuttlers suffered a 1-4 loss to Thailand in their group A opener, jeopardising their chances of qualifying for the knockout stage of the Sudirman Cup. (More Badminton News)

With P V Sindhu and the men's doubles duo of Chirag Shetty and Satwiksairaj Rankireddy missing in action, the onus was on Kidambi Srikanth and women's doubles pair of Ashwini Ponnappa and N Sikki Reddy.

However, they lost their respective matches, and Malvika Bansod also went down fighting in women's singles. Exposed to top-tier badminton, Malvika gave a good display of her immense potential but she lacked the power and precision to trouble Pornpawee Chochuwong, going down 11-21 14-21 against the world No. 10 in the women's singles.

Arjun and Kapila's impressive 21-18 21-17 win over Supak Jomkoh and Kittinupong Kedren was the only highlight for India in a disappointing outing. India will play defending champion China on Monday, before taking on hosts Finland in the world mixed team championships on Wednesday.

Starting the proceedings, Arjun and Kapila got into attacking positions early, leading 4-0 before entering the break with a two-point advantage. Arjun and Kapila, ranked 47th, kept their nose ahead despite the Thai pair putting pressure and restored the four-point lead at 17-13 before comfortably pocketing the first game.

The Thai pair made a recovery in the second game, running up a lead of 8-3, but Arjun and Kapila slowly restored parity and grabbed a slender one-point advantage at the interval. The Indian duo broke off at 12-12 and built a lead to eventually shut the door on their opponents. India have reached the quarterfinals of the tournament twice, in 2011 and 2017.