Irfan Pathan, who played most of his international cricket under Sourav Ganguly and Rahul Dravid, announced his retirement from all forms of the game on Saturday 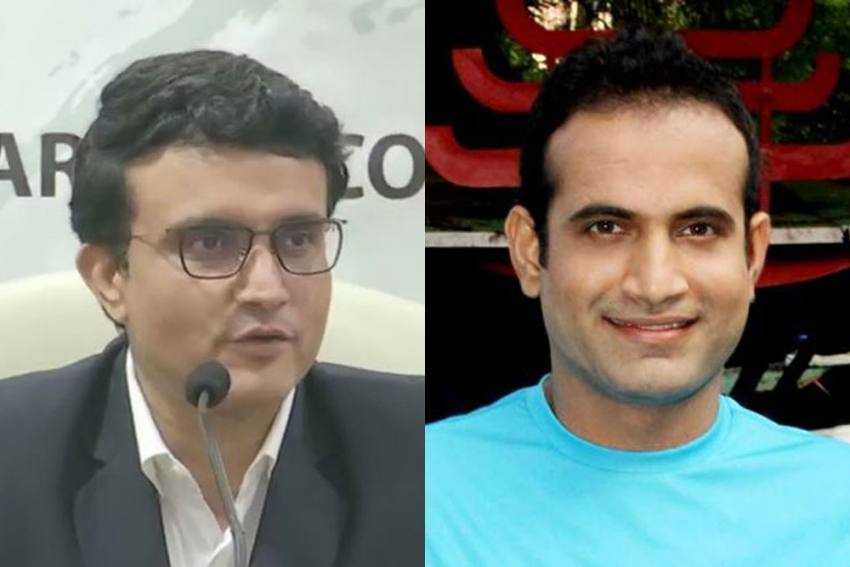 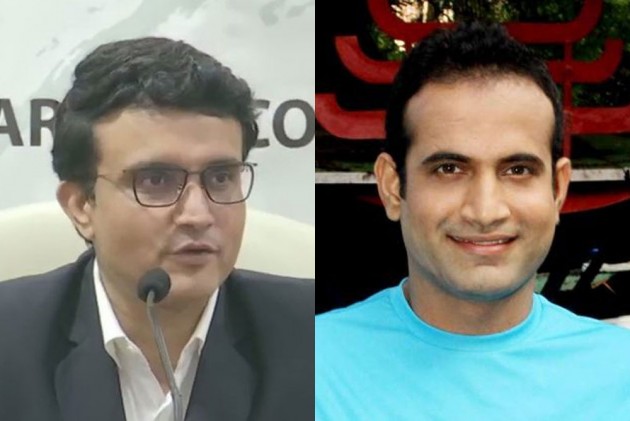 Irfan, who played most of his international cricket under Ganguly and Rahul Dravid, announced his retirement from all forms of the game on Saturday.

When asked to compare between the two, Irfan said it would be unfair on his part to compare two of the Indian legends as they both were outstanding leaders who contributed a lot towards Indian cricket.

"Comparing both the captains would not be fine. Everyone knows that when Sourav Ganguly became the Indian captain, it was a very tough time for Indian cricket. The way he managed was outstanding. He made us learn so many things including one of the most important things that we are no less than any other team.

"Rahul Dravid was a very good leader in terms of how he managed the juniors and seniors. The way he managed the youngsters was outstanding. Under him, I was given more opportunities in terms of batting up the order, bowling with the new ball," he expressed.

The former all-rounder believes that he has had a 'great, satisfying journey' while playing for Team India across formats, adding that he owes everything to the game of cricket for the person who he is at present.

Irfan also revealed that it was Sachin Tendulkar's idea to make him bat up the order.

"It was Sachin Tendulkar's idea for me to bat up the order and not only Greg Chappell's idea. Batting was something which I always enjoyed. Lot of people think that I came to international cricket and started batting suddenly.

"But it didn't happen like that. I batted at number three for Baroda U-16, I batted up the order in Ranji Trophy. It was not like batting hindered my bowling," Irfan explained.

Pathan, 35, who last turned out for India in 2012, on Saturday announced his retirement from all forms of international and domestic cricket. The left-hander finished with 2,821 runs and 301 wickets from 173 internationals across formats.

"I remember many ex-cricketers saying that you will have more bad days than good ones. But I think cricket has made me the man I am," he added.

The left-arm seamer had made his India debut against Australia at Adelaide Oval in 2003 when he was 19. However, despite lacking express pace, he troubled the batters with his ability to swing the ball in both directions, because of which he was often compared with 1983 World Cup-winning captain Kapil Dev.

In 2006 on the tour of Pakistan, Irfan became the second Indian after Harbhajan Singh to take a Test hat-trick, removing Salman Butt, Younis Khan and Mohammad Yusuf in the first over of the Test match held in Karachi.

Talking about the moments which he is proud of while playing for India, Irfan said: "There are many. But winning the World Cup (World T20) and being the Man of the Match in the final. These are the two moments which are very close to my heart."

Having played his last first-class game a year ago in the Ranji Trophy, the cricketer-turned-commentator has a total of 4,559 first-class runs to go with 384 wickets.

In 2007, the left-handed batsman also scored his maiden Test century while batting up the order against Pakistan in Bengaluru. In 2008, he starred with both bat and ball in Perth, making a valuable 46 from No.3 in the second innings, while claiming five wickets in the match, to be Player of the Match in what was one of the most famous wins for India on Australian soil.

However, injuries plagued his career, and his form and pace often suffered. While he was a part of the victorious Champions Trophy-winning side in 2013, he played his last match in India colours during the 2012 World T20.

His downfall coincided with Chappell's stint as the India head coach with many people accusing the Australian of ruining Irfan's career. However, the former all-rounder refused to single out any person and felt it was an amalgamation of many factors which led to his slump in form, with both bat and ball.

"There were a lot of things, my injuries, I could say sometimes mismanagement of the team management as well. There are many things which can be blamed for my decline in bowling. And only you can only blame yourself if you have not achieved or done something right," he said.

Irfan, who was India's best bet as a fast-bowling all-rounder during his playing days, believes Shivam Dube can give a tough competition to Hardik Pandya in the near future.

"Hardik is a very talented cricketer and so is Shivam Dube. Shivam Dube is young and will learn more given the opportunities. The good thing with Dube is the X-factor he has of being a left-hander. It always helps when he is batting because lots of teams have left-arm spinners and leg-spinners, so it becomes slightly easier if you are a left-handed batsman.

"They both are wonderful talents. Obviously, Hardik is more experienced. He has got better pace as a bowler and he is a wonderful fielder as well. The only thing that I will be watching for Hardik is how he manages his injuries. If he can handle himself and remain fit, he can obviously play for a long time," he added.

Pathan has been commentating for Star Sports over the past 24 months and is also working as a non-playing mentor for the Jammu and Kashmir outfit and those two, for now, seem to be his action plan in the near future.