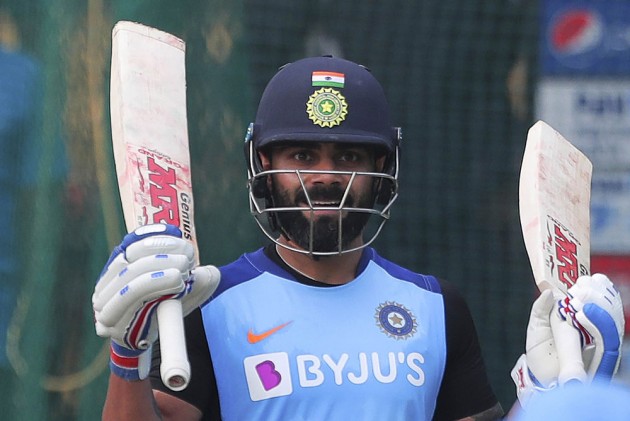 India captain Virat Kohli has the ability to play each format according to what its demands are and the best thing about him is his commitment to the game, according to the team's batting coach Vikram Rathour. (More Cricket News)

"For me, the best thing about Virat Kohli is his commitment to the game," Rathour told Sportskeeda. "He wants to be the best player in the world and he works hard for that. He puts in the hard yards, and he is the hardest working cricketer that I have seen. Other than that I believe his adaptability is his biggest strength."

"He is not a one dimensional player, he can change his game as and when required. He plays every format differently and that has been one of his greatest strengths," Rathour added.

Rathour took the example of the 2016 season of the Indian Premier League where with a mind-numbing 973 runs Kohli almost single-handedly took Royal Challengers Bangalore to the final.

"One of the best example in which I saw was in the 2016 IPL where he scored four hundreds and hit 40 odd sixes. He was going through a great patch of form and after that we had a tour to the West Indies. After playing like that for two months in the IPL, he goes to the West Indies and in the first match he scores a double hundred without hitting a single ball in the air," he further said.

"So that kind of change to bring into your batting because you are playing a different format, not many cricketers can do that. With Virat Kohli, I think he can play the way he wants to play. He can play according to different situations and that I think is his biggest strength," Rathour said.