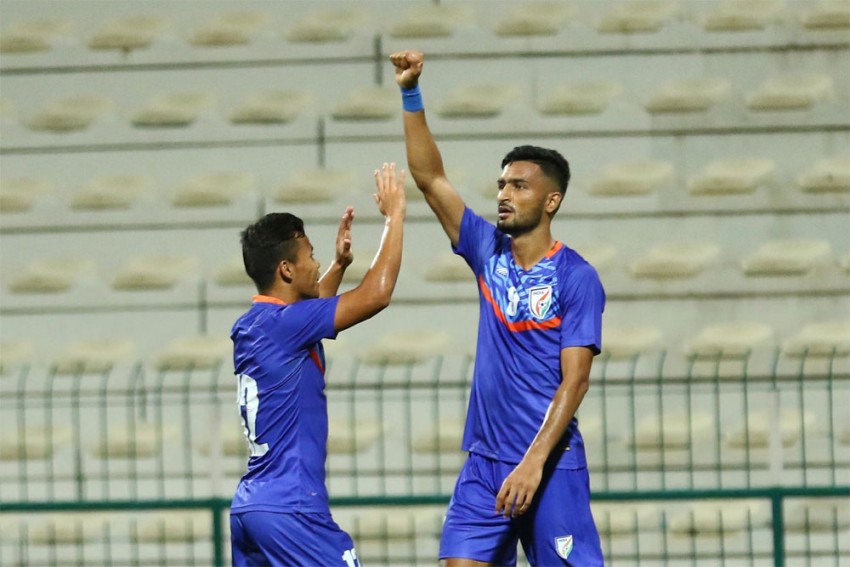 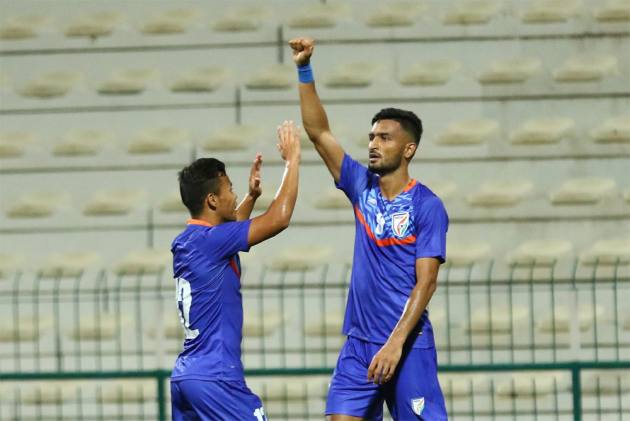 The Indian football team made a fine comeback in the second half to hold fancied Oman 1-1 in its first international match in more than a year though the Gulf side dominated the friendly in Dubai on Thursday. (More Football News)

India conceded a goal in the 42nd minute with Chinglensana Singh's clearance crossing the goal-line after hitting goalkeeper Amrinder Singh who started the match instead of Gurpreet Singh Sandhu.

Manvir Singh scored the equaliser in the 55th minute to help India pull off a rare draw against Oman in the first international outing after the COVID-19 lockdown.

India head coach Igor Stimac gave debuts to as many 10 players. He had said before the match that he would give chances to maximum number of players for them to gain the experience of playing in big matches.

The first half was all about Oman attacking in waves with India not getting a single shot on target.

Oman, who have won both the two-legged matches of the 2022 World Cup qualifying against India, played a high defensive line with more men on attack. India were content defending their citadel with more players in their own half and just one man upfront most of the time.

The Indians lost possession too easily on most occasions as Oman did not let them hold on to the ball for long.

Oman squandered a penalty in the 27th minute after Rowlin Borges committed a foul on Abdul Aziz Al Gheilani inside the box. Aziz himself took the spot kick but shot straight to Amarinder Singh.

But Oman were not to be denied a goal in the first half. Al Aghbari got the ball on the left wing and sent a low cross on the face of the goal. Amrinder could not collect the ball cleanly and it hit Chinglensana Singh and went past the goal line.

Stimac made two changes at the start of second session with Lalengmawia and Raynier Fernandes replacing Jeakson Singh and Rowllin Borges.

The Indians dished out a much improved show in the second half, holding the ball a lot more than the first 45 minutes and playing a more attacking game.

India equalised five minutes before the hour mark. Bipin Singh sent in a delicious cross from the right flank which was headed home by Manvir.

Oman, ranked 81st as compared to India's 104th in the FIFA charts, then pressed hard for the winning goal but Amrinder was impressive behind the bar as he made two fine saves in the 63rd and 65th minutes.

India play their second international friendly against the UAE here on Monday. The friendiles are a part of preparations for the joint qualifying round matches of the 2022 World Cup and 2023 Asian Cup to be played in June.