Barring the convincing nine-wicket win in the second match, the Indian women have barely fired in unison while the South Africans, who have already clinched the series 3-1 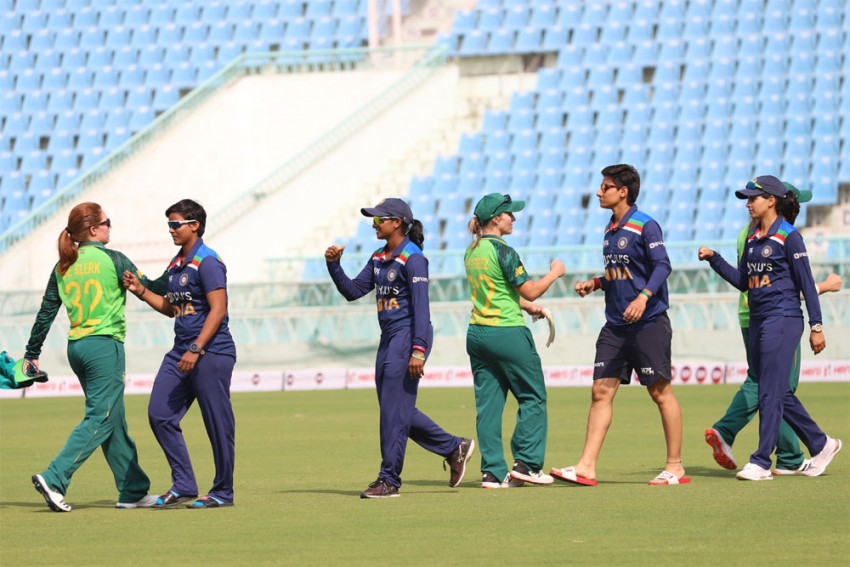 The series already out of their grasp, the Indian women cricketers, who are struggling to put together a cohesive team show, will have pride at stake when they clash with South Africa women in the fifth and final One-day International, here on Wednesday. (More Cricket News)

Barring the convincing nine-wicket win in the second match, the Indian women have barely fired in unison while the South Africans, who have already clinched the series 3-1, have excelled as a team.

To be fair to the home side players, they were a bit rusty as they are playing their first international series after more than a year due to the COVID-19 pandemic while South Africa recently beat Pakistan 3-0 at home.

The Indian team also missed the flair of young Shafali Verma at the top of the order and the experience of Shikha Pandey in bowling department.

Indian spinners, save Rajeshwari Gayakwad (5 wickets from 4 matches), were a big let down on the slow tracks and that has played a big part in India's series loss when the South Africans chased down 249 and 267 in the third and fourth matches.

Senior leg-spiner Poonam Yadav could not get a single batter out in the four matches she has played so far. It remains to be seen if she keeps her place in the playing eleven on Wednesday.

Veteran pacer Jhulan Goswami continued to be the pick of Indian bowlers as she topped the bowling charts with eight wickets from the three matches she has played but she did not get much support from her colleagues except for spinner Gayakwad. Goswami did not play in the fourth match.

Top-order batter Punam Raut has been in sensational form with scores of 10, 62 not out, 77 and 104 not out in the four games.

The 31-year-old top run getter among the Indians would like to continue from where she left in the fourth match where she hit an unbeaten century, though, in a losing cause.

Captain Mithali Raj and her deputy Harmapreet Kaur were the other two consistent batters while star opener Smriti Mandhana shone only in the second match.

Opener Jemimah Rodrigues was also disappointing and she was left out of the fourth match after scores of 1, 9 and 0.

Raj, who became the first Indian woman cricketer and second internationally to reach 10,000 runs during the series, had scores of 50, 36 and 45 in the three innings she has played so far. She did not bat in the second match.

After smashing a match-winning 80 not out in the second match, Mandhana has not done much in the other three matches with scores of 14, 25 and 10. With pressure off in the inconsequential match, the 24-year-old left hander is due for a big innings.

The South Africans, on the other hand, have excelled in team work with their batters and bowlers performing in unison except in the second match where they were blown away by the batting brilliance of Mandhana and Raut.

For them, opening batswoman Lizelle Lee has been in ominous form, topping the overall batting chart with 288 runs with scores of 83 not out, 4, 132 not out and 69.

She single-handedly won the rain-marred third match for South Africa with a scintillating unbeaten century. She has been ably supported by Laura Wolvaardt (154 runs) and Lara Goodall (124).

Pacewoman Shabnim Ismail has been the top wicket taker for the South Africans with seven scalps from four matches -- second overall after Goswami.

Match Starts at 9am IST.