Virat Kohli, Ajinkya Rahane and Rohit Sharma were seen batting at the nets in a video posted by the BCCI ahead of fourth India vs England Test match, Have a look 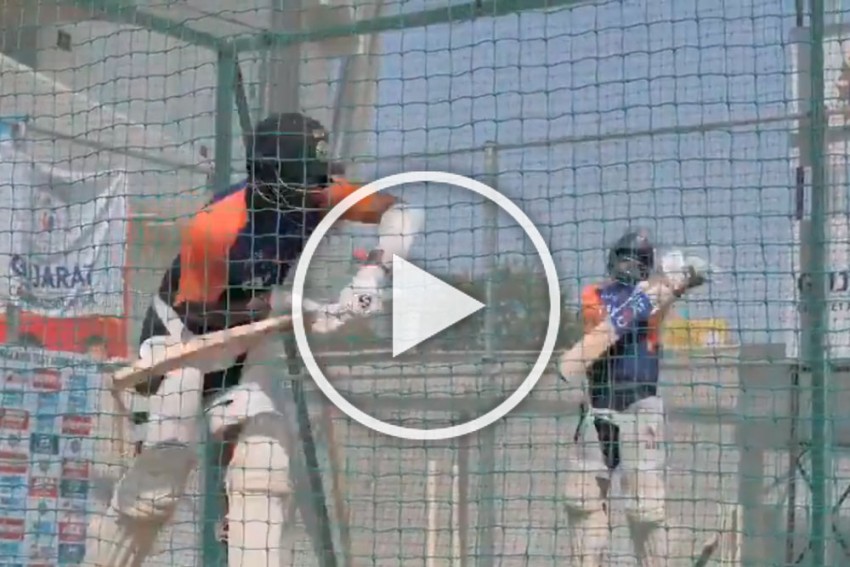 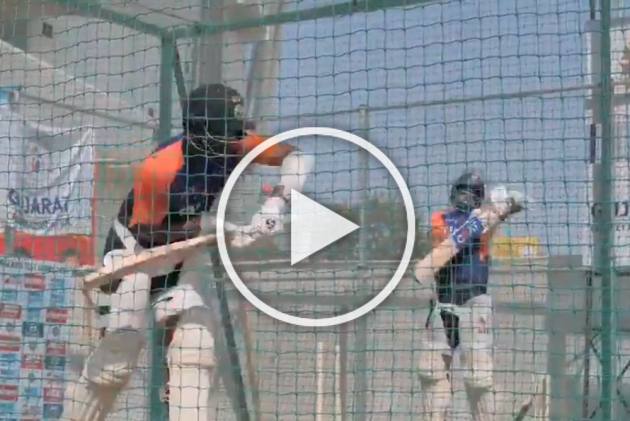 Big guns Virat Kohli, Rohit Sharma and Ajinkya Rahane went full throttle at the nets as the Indian cricket on Monday trained in earnest for the upcoming fourth and final Test against England. (More Cricket News)

The fourth Test starts in Ahmedabad on Thursday.

Captain Kohli, his deputy Rahane and senior opener Rohit were seen batting at the nets in a video posted by the BCCI on Twitter.

The three senior players drove, pulled and flicked against the fast bowlers and spinners at the Narendra Modi Stadium here.

Head coach Ravi Shastri was seen interacting with Rohit and Kohli before the two star batsmen sat together for a discussion.

Left-arm spinner Axar Patel, who bagged 11 wickets in India's thumping win in the pink ball third Test at the same venue, was seen rolling his arms over at the nets against some of the world's best batsmen.

They were also seen fielding with Rahane, standing next to Rohit in the second slip position, taking a one-handed diving catch to his right.

The Kohli-led Indian team lost the first Test in Chennai by 227 runs, but bounced back with a 317-run hammering of the visitors in the second Test.

In the previous match, India shot out England for 112 and 81 to wrap up the Test inside two days on a challenging Motera track.

The Indian team had a full-fledged practice session here on Sunday as well.

Leading 2-1 in the series, India will be without top pacer Jasprit Bumrah in the final Test as he has been released from the squad.