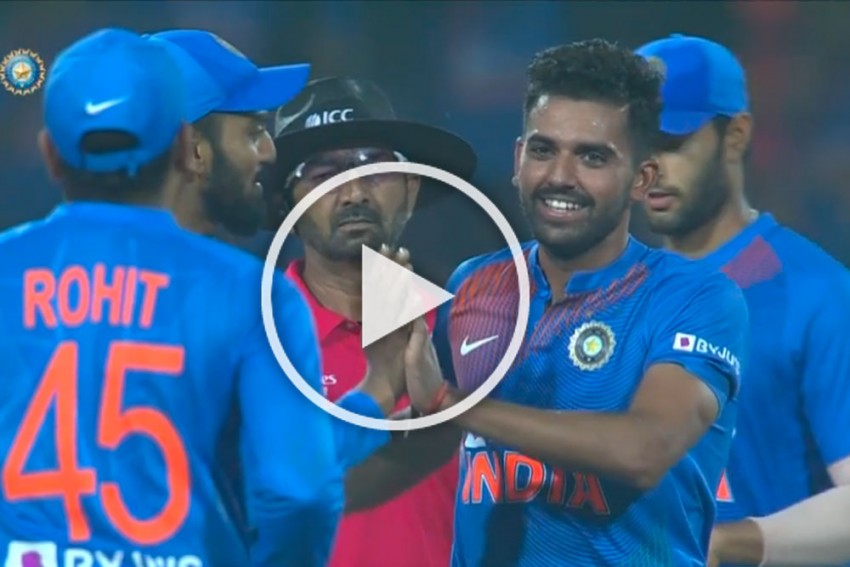 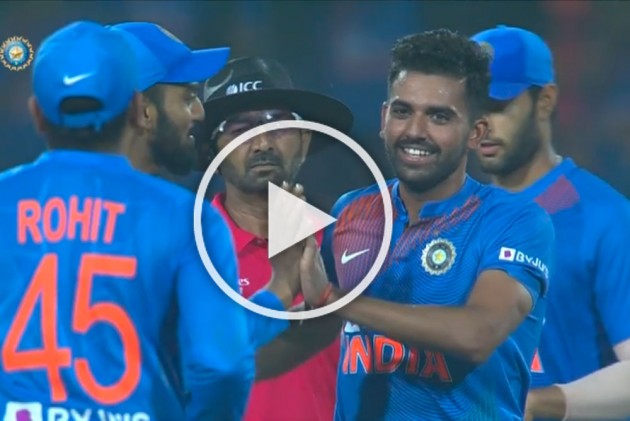 In a sensational spell of pace bowling, Deepak Chahar produced the best ever figures in T20Is as India thrashed highflying Bangladesh by 30 runs in the third and final match at the Vidarbha Cricket Association Stadium in Nagpur on Sunday.

The 27-year-old from Agra reduced the visitors to rubble, taking six wickets in a spell of 3.2 overs for seven runs. He thus created a new record for best figures in the shortest format of the game. The previous best was 6/8 by Sri Lankan Ajantha Mendis against Zimbabwe at Hambantota in 2012. Mendis also holds the third-best figures - 6/16 against Australia at Pallekele in 2011.

In Tests, Harbhajan Singh, Irfan Pathan and Jasprit Bumrah have achieved the feat, while Chetan Sharma, Kapil Dev, Kuldeep Yadav and Mohammed Shami have done it in ODIs.