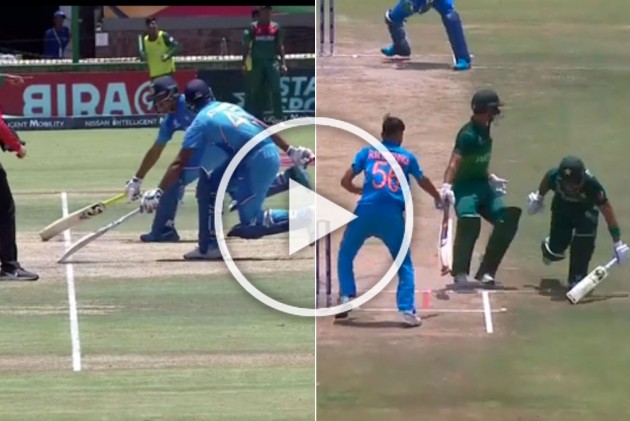 The famed Indian batting line-up wilted under pressure as a superb Bangladeshi bowling attack shot the defending champions out for a paltry 177 in 47.2 overs in the final of the ICC U-19 Cricket World Cup at Potchefstroom, South Africa on Sunday.

But the 'undefining moment' of the Indian innings came in the 43rd over when Dhruv Jurel and Atharva Ankolekar ran towards the same end, leaving match officials confused.

In a similar play, Pakistan captain Rohail Nazir ran Qasim Akram out during their semi-final match against India.

Untitled from Cricket Fan on Vimeo.

And fans have a field day comparing the two. Here are some reactions:

Opener Yasashvi Jaiswal (88 off 121 balls) and middle-order batsman Tilak Varma (38 off 65) looked in control during their second-wicket stand, but seven batsmen getting out for single-digit scores, there's nothing to write about India's performance. Jurel was the other batsman to reached double figures (22 off (38).