Sri Lanka ended their World Cup campaign with a seven-wicket defeat against India, who were powered by Rohit Sharma's fifth World Cup 2019 century. 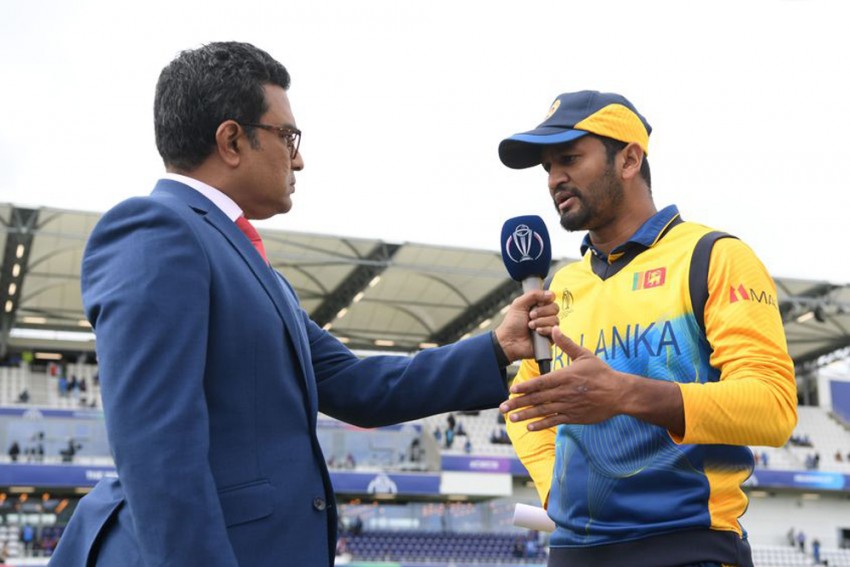 As Sri Lanka bow out of the tournament, Karunaratne believes there is a lot to be learned from the way Sharma converts starts into centuries with such regularity.
Getty Images
Outlook Web Bureau July 07, 2019 00:00 IST 'He Just Keeps Batting', Dimuth Karunaratne Urges Sri Lankan Batsmen To Learn From Rohit Sharma 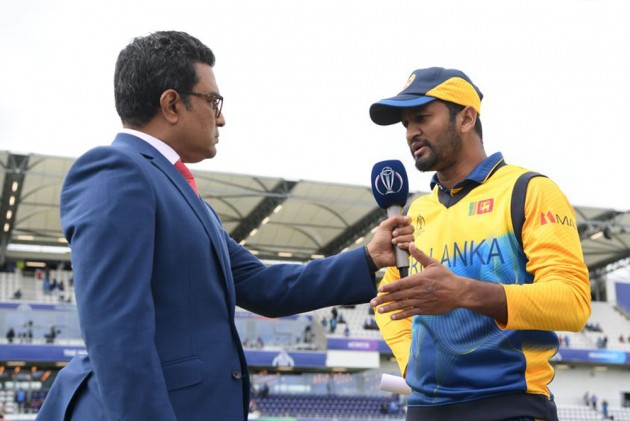 Sri Lanka got a front-row seat to the Rohit Sharma show and captain Dimuth Karunaratne has urged his batsmen to learn from the Indian opener. Sharma now has five centuries in this ICC Men’s Cricket World Cup, the latest a 94-ball 103 in a seven-wicket victory over the Sri Lankans at Headingley.

And as Sri Lanka bow out of the tournament, Karunaratne believes there is a lot to be learned from the way Sharma converts starts into centuries with such regularity.

He said: “Every time he gets a start, he keeps scoring big runs. That's what we want. He was fearless. And he knows how he’s going to get a hundred and he's batting really well.

“His plan is simple, he keeps batting and batting. That's what I want for the youngsters.

“It's an ideal candidate to do watch, the men learn something from him, just keep batting and batting. He was very hungry for the runs. And that's a huge thing for the youngsters.”

Although the final result was a comfortable win for India, Sri Lanka had put them under pressure with the bat.

Angelo Mathews scored his third ODI century, all of them coming against India, as the Sri Lankans recovered from 55/4 to post a total of 264/7.

It extended Mathews’ fine record at the ground in Leeds, his one-day average here now 244, in addition to a Test century.

And Dimuth Karunaratne was quick to praise his most experienced batsman, as well as Lahiru Thirimanne (54), as their 124-run partnership rescued the Sri Lankan innings.

He added: “Angelo keeps asking me if we can put a couple of games at Headingley, then he can get some runs.

ALSO READ: Faf Du Plessis Will Decide ODI Future 'In Front Of A Fire With A Glass Of Red'

“And the hundred, it came during a really tough period. When you’re 50/4 and he comes in during tough periods. And then we got a nice push.

“Thirimanne, in a supporting role, did really well. At the end of the day he put a good score on this wicket, but unfortunately, the Indians batted really well.”

It was not the perfect finale for Lasith Malinga, playing in his final World Cup match. The veteran fast bowler did get KL Rahul out but went for 82 runs from his ten overs.

And Karunaratne hopes the team can give him a better send-off when he retires from ODIs for good.

He added: “We all wanted to give him a nice farewell, but unfortunately we couldn't.

“But Mali going to play another couple of games in Sri Lanka against Bangladesh. We'll try to give a nice send-off at that time.”