‘Sticks for the World’ campaign targets 101,000 donated hockey sticks by 2020 so that they could distributed among the needy children 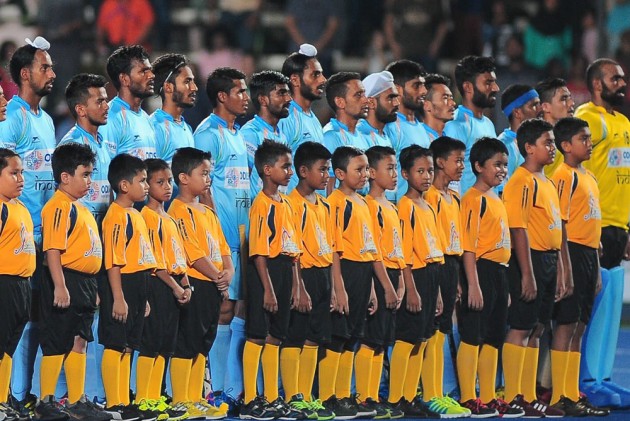 The world hockey federation, FIH, has launched an ambitious campaign ‘Sticks for the World’ through which it aims to collect 101,000 hockey sticks in donation by 2020 and distribute those among the poor kids who can’t afford the equipment.

For this, the FIH has asked its 137 national member federations put in place schemes to collect the donated equipment and also encourage their leagues and clubs to be part of the campaign.

This campaign is part of FIH’s new development strategy approved at the FIH Congress in November. The objective is to reach 101,000 donated sticks until 2020. Why this figure? Two hands per stick -- 202,000 hockey hands by 2020.

The campaign will operate in the following way:

• Hockey Star stick donations – made by players attending 2019-2020 FIH events, including the upcoming FIH Series Finals in Le Touquet-Paris-Plage (France) and Hiroshima (Japan) as well as the FIH Women’s Pro League game between USA and Germany on 22 June.

Current men’s world champions Belgium recently showed the way: on the occasion of a Fan Day event on April 7, ahead of the FIH Women’s Pro League game between Belgium and China, a number of them, as well as Belgian fans, donated sticks.

One of the projects which will benefit from ‘Sticks for the World’ is ‘La Route du Stick’, an initiative led by Swiss coach Gabriel Tuscher, who will carry sticks to Africa with a minibus.

‘Sticks for the World’ is the first phase of the ‘HockeyREADY’ development project, a global initiative to support Continental Federations, National Associations and Recognised Development Organisations to be ready to deliver hockey around the world, therefore helping grow the game.