Garbine Muguruza lost to Beatriz Haddad Maia, while Maria Sharapova faced defeat at the hands of Pauline Parmentier in Wimbledon's first round. Meanwhile, Serena Williams registered a win against Gatto-Monticone. 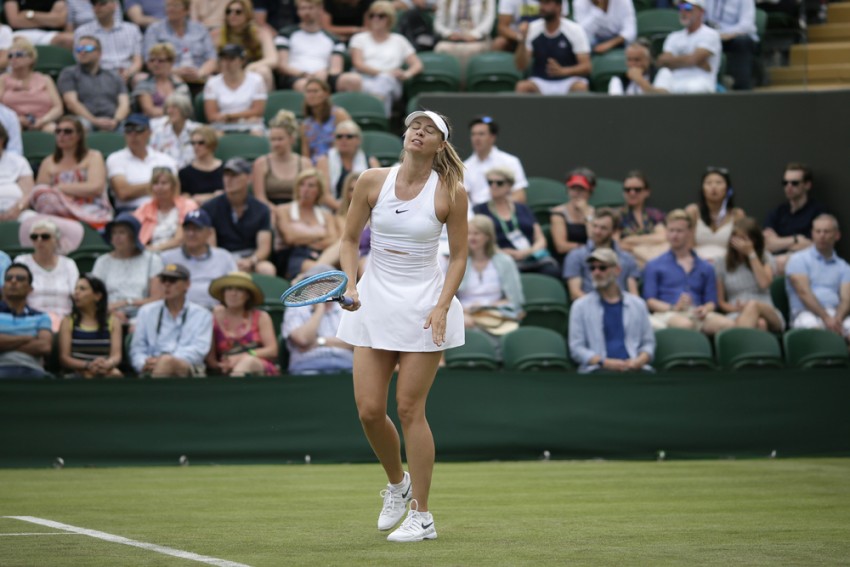 Sharapova, the 2004 champion, was trailing Pauline Parmentier 5-0 in the final set when the five-time grand slam winner retired due to a left forearm injury.
AP
Omnisport July 03, 2019 00:00 IST Garbine Muguruza And Maria Sharapova Out, Serena Williams Through At Wimbledon 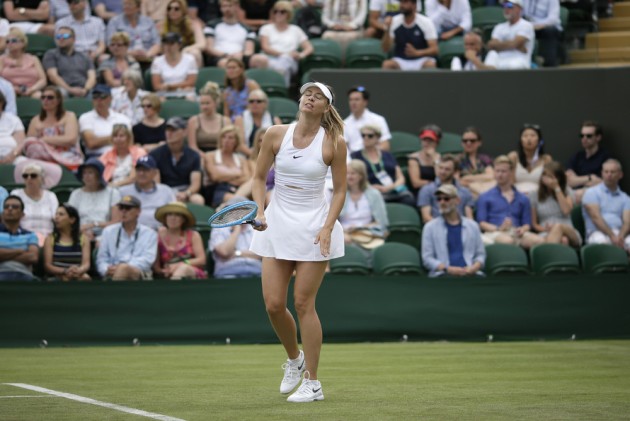 Former champions Garbine Muguruza and Maria Sharapova crashed out of Wimbledon in the first round, but Serena Williams said she is "feeling good" after starting with a win on day two.

There will be no repeat of Muguruza's 2017 triumph at the All England Club after the Spaniard was beaten 6-4 6-4 by 121-ranked Brazilian outsider Beatriz Haddad Maia on Tuesday.

Sharapova, the 2004 champion, was trailing Pauline Parmentier 5-0 in the final set when the five-time grand slam winner retired due to a left forearm injury.

Williams made hard work of beating outsider Giulia Gatto-Monticone 6-2 7-5 on Centre Court before it was confirmed she will partner Andy Murray in the mixed doubles at SW19.

Top seed Ashleigh Barty made light work of defeating Zheng Saisai 6-4 6-2, while defending champion Angelique Kerber, Kiki Bertens, Sloane Stephens and Petra Kvitova were among the other seeds to progress.

Off to a flying start in the first round.

Will 2019 be the year @serenawilliams wins her eighth #Wimbledon women’s singles title? pic.twitter.com/XVQxSAdVLB

SERENA: I'M FEELING GOOD THAT I CAN WALK

Williams was not moving freely in a straight-sets defeat of world number 161 Gatto-Monticone.

ALSO READ: Wimbledon: Roger Federer Comes From A Set Down To Brush Lloyd Harris Harris Aside

The 23-time grand slam singles champion has been troubled by her left knee, but said she is happy with her condition after booking a meeting with Kaja Juvan.

"It's the best I've felt since February," the American great declared. “She [Gatto-Monticone] never gave up and it's good for me to play matches like this when I haven't had a ton of matches this year. I'm feeling good that I can actually walk. I'm better now. It's fine."

Barty did not play at Eastbourne last week due to an arm injury but looked untroubled against Zheng as the world number one eyes back-to-back grand slams after winning her first at the French Open.

The Australian won 86 per cent of points on her first serve and broke four times on No.1 Court, sealing a showdown with Alison Van Uytvanck.

"I think [it was] a very tricky opponent to start off with. [I'm] Very happy with the way we were able to work our way into the match. It took some time to adjust to conditions and a different court," said Barty.

Wimbledon: Roger Federer Comes From A Set Down To Brush Lloyd Harris Harris Aside