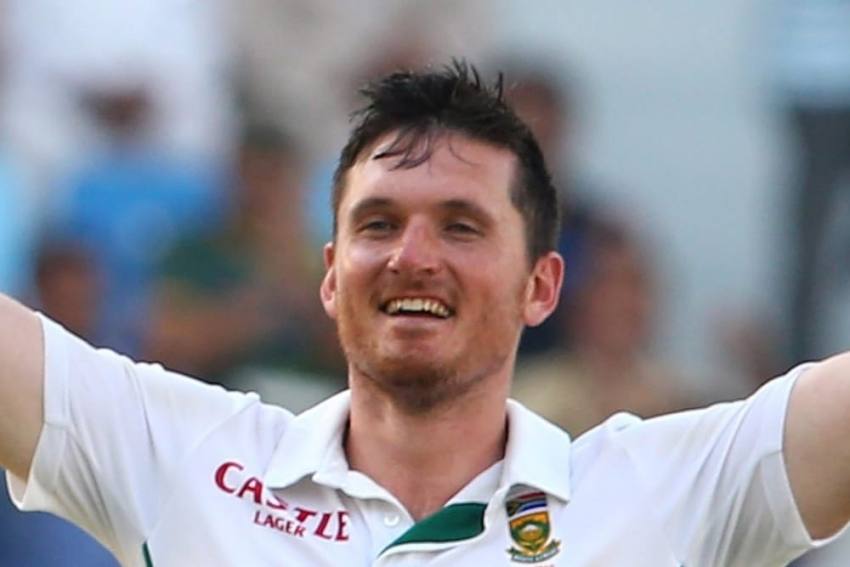 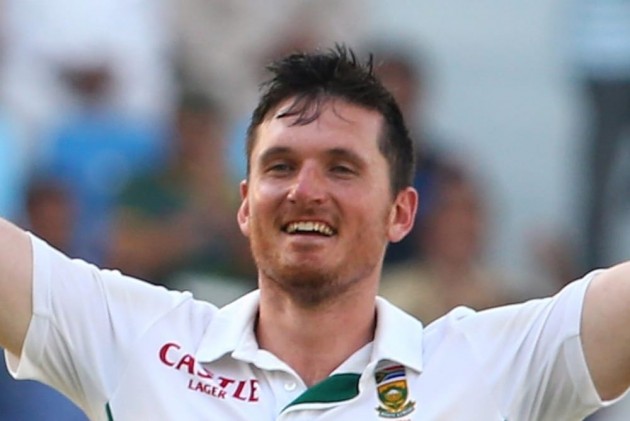 Cricket South Africa's director of cricket Graeme Smith on Thursday categorically denied recent allegations levelled against him by ex-wicketkeeper Thami Tsolekile around team selections during his time as captain of the national team and termed them "extremely hurtful".

Smith, at 22, became the youngest to lead South Africa when he was appointed captain of the national team in 2003.

The current director of cricket at Cricket South Africa held the position of captain until his retirement in 2014.

Tsolekile, who was banned for 12 years after being implicated for fixing matches in 2015, criticised Smith for not backing him enough during their time as international cricketers and alleged that CSA was trying to protect other wrongdoers.

In his response, Smith tweeted a long statement.

"Thami Tsolekile was my captain at South Africa schools junior level. I have never had an issue with him as a person and he has never borne out the frustrations of his international career on a personal level," Smith said in the statement.

"In fact, my personal relationship challenges with several other players, of all races, have been well documented in the past.

"It was impossible for me to win everyone's approval at the same time but that is the nature of professional sport."

During that time, current head coach Mark Boucher kept wickets for the Proteas, while Tsolekile was second in line, but he did not get the run he needed to cement his place in the team.

Smith cited the examples of other players such as Shaun Pollock, Lance Klusener and Makhaya Ntini who were also left out of the Proteas set-up after it was decided to take the team in a new direction.

"The allegations and insinuations that have been made are extremely hurtful and I deny them in the strongest possible sense," Smith said.

"Lance Klusener and Shaun Pollock can attest to this, and there were very emotional discussions because they are both legends of our cricket history.

"Shaun was ushered out of the Test team in a similar manner to Makhaya Ntini, when he felt he could have still done a job. Almost every player I have come across feels that they could have contributed more.

"It is easier to shift bowlers and batters around to suit the needs of a team, but some positions are specialist."

Smith, who is regarded as one of South Africa's finest captains, said that Tsolekile's case was different from the rest as he was a wicketkeeper.

"Unfortunately, Thami was a wicket-keeper, which meant he was always only fighting for one position.

"I can understand how frustrating that must have been, and there have been several other excellent wicket-keepers that South African cricket never saw on an international stage, because keepers tend to stay in a team for long periods of time.

"That is also an international trend, not unique to South Africa."

He also clarified that during his time as captain, he never had any say in team selections, deciding match fees and contracts.

"I should emphasise that I was never in charge of selections. I had an opinion as a captain, but the casting vote was with the coach and the selectors.

"In the case of the 2012 tour to England, which Thami has alluded to, there was a whole panel of selectors.

"Thami was in the squad as reserve keeper to AB de Villiers and this was communicated to him on both the England and Australian tours by Gary Kirsten, which has been previously acknowledged by Thami."

Smith continued: "I also never had any say on the financial structure. I did not determine contracts, and I also did not decide match fees. I was a player."