First It Was Mankad, And Now This! Ravichandran Ashwin Bamboozles Fans With Bowling Action In Tamil Nadu Premier League 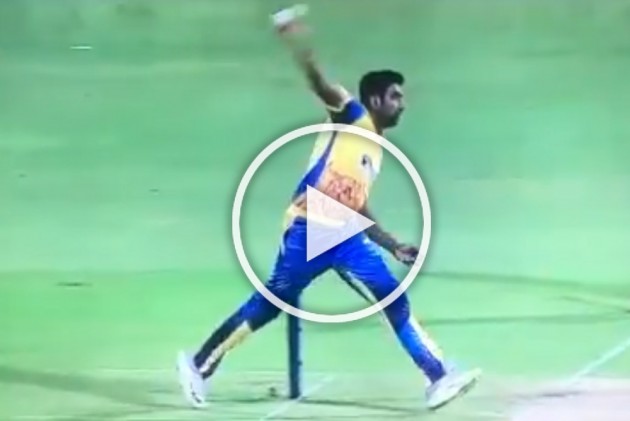 After hogging headlines thanks to his 'mankad'-ing of Jos Buttler in this year's Indian Premier League (IPL), Ravichandran Ashwin has taken aback Indian cricket fans with another bizarre action while playing for Dindigul Dragons in the T20 opener of the Tamil Nadu Premier League (TNPL) against Chepauk Super Gillies on Friday.

Super Gillies needed 17 runs in two deliveries which is basically an impossible situation, but ever-creative Ashwin simply left the spectators surprised with strange bowling actions. The veteran spinner delivered the penultimate ball with an unmoved non-bowling arm, then followed it up with a delivery which can be best described as an imitation of Kedar Jadhav's wide-arm action.

Ashwin's bizarre deliveries didn't get a wicket though, but his team won the fixture by 10 runs.

And the next ball #TNPL pic.twitter.com/gF79N2F04S

The out-of-favor recently played some County cricket for Nottinghamshire in the County Championship Division One. He also impressed plenty with more than 20 wickets in three matches and also some decent knocks.

Ashwin's last played for the Men in Blue during the India Vs Australia Test Series in December 2018.