In the ongoing FIH Women's Hockey Series Finals, India mauled Fifi to enter the last-four round of the competition. 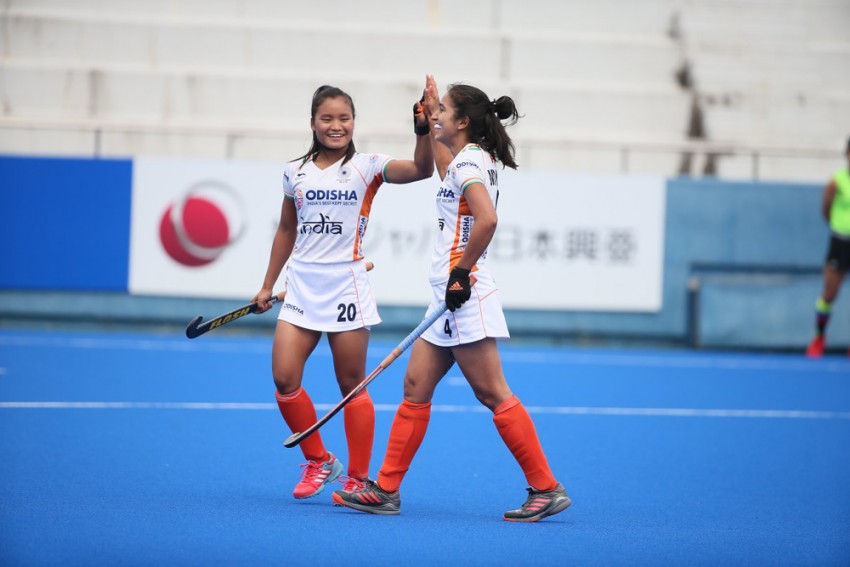 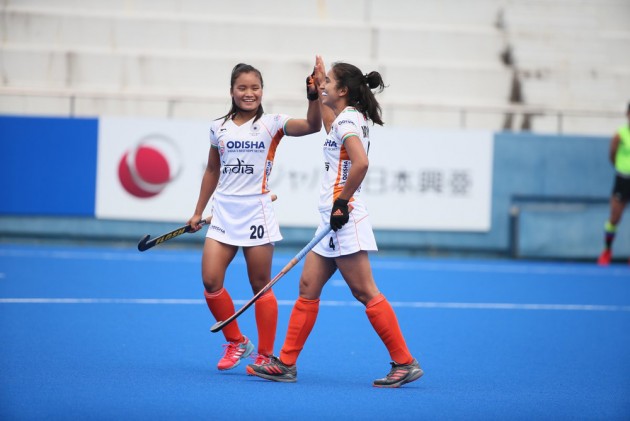 World no. 9 India dominated their lowly ranked opponents throughout the match, allowing Fiji to only have one circle entry in the entire 60 minutes, whilst making 74 entries into the opposition's striking area.

The first quarter was dominated by India which saw them take the lead in the fourth minute when Lalremsiami's cross-field ball was deflected by a Fiji defender into the back of the net.

Captain Rani scored India's second goal in the 10th minute from a penalty corner. In the next minute Monika made the scoreline 3-0 from Neha Goyal's assist.

Forward Vandana Katariya scored only her second goal of the competition when she struck in the 12th minute. Gurjit then scored her first of four goals by converting a penalty corner in the last minute of the first quarter to hand India a 5-0 advantage.

In the 19th minute, Gurjit scored from another penalty corner by slotting home in the left bottom side of Fiji goal to make it 6-0 in India's favour. Two minutes later, Gurjit completed her hat-trick when she scored from a rebound with a reverse stick shot after her drag-flick was blocked by a defender. Gurjit struck again in the 22nd minute from another penalty corner to make it 8-0 in India's favour.

Early in the third quarter, midfielder Monika scored India's ninth goal of the match, deflecting in Sushila Chanu Pukhrambam's shot from just outside the circle in the 33rd minute.

Lilima then joined the party and registered her name in the scoresheet with reverse stick shot in the 51st minute.

Six minutes later, Navneet pounced on a loose clearance by the Fiji goalkeeper to round off the tally for India.

India will play their semifinal encounter on Saturday.

Having qualified for the semifinals, skipper Rani said their focus right now is on the big match.

"It's amazing that we are in the semifinals. Our team played consistent hockey and we topped the pool. Now we are looking forward to the semifinal," she said after the their last pool game. Whoever we play we just have to just focus on ourselves. We have to give our best," said Rani.