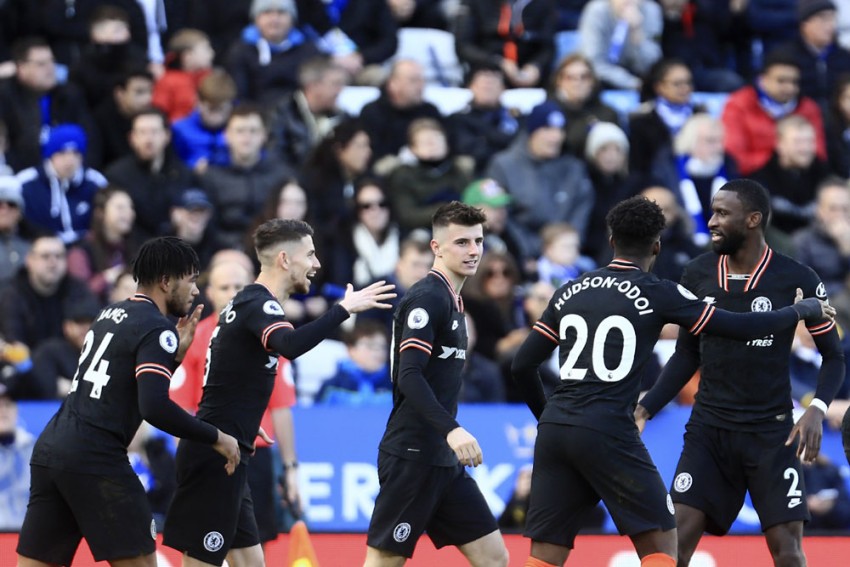 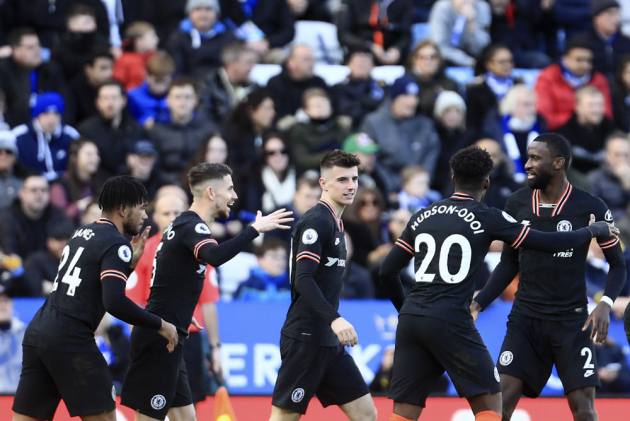 Antonio Rudiger marked his 100th appearance for Chelsea with an unlikely brace but Frank Lampard's side are still looking for a first Premier League away win in 2020 after a 2-2 draw at Leicester City. (More Football News)

The battle between third and fourth in the Premier League table sparked into life after the interval, Chelsea going ahead at the King Power Stadium when Rudiger nodded in Mason Mount's corner.

However, Chelsea's lead lasted less than 10 minutes, Harvey Barnes drawing the hosts level with the aid of a deflection off Reece James to leave Willy Caballero - picked ahead of Kepa Arrizabalaga - no chance.

The Argentine goalkeeper, making his first league start since May 2019, had little chance of keeping out Leicester's second goal, Ben Chilwell popping up at the back post to convert Youri Tielemans' low cross by sweeping the ball in with his right foot.

Yet, just like their opponents, the Foxes failed to hold on to their advantage.

Having converted at one end, Chilwell was beaten to Mount's delivery from out wide by Rudiger, who sent a looping header over Kasper Schmeichel and into the net in the 71st minute.

The hosts had the better opportunities to score late in proceedings, Jonny Evans heading wide before Barnes also failed to hit the target when clean through, while there was the late drama of a VAR check when the ball struck Rudiger's hand in the area deep into stoppage time.

Still, the result means Leicester remain eight points clear of the team directly below them, with Chelsea left nervously looking over their shoulder as they occupy the final Champions League berth.

What does it mean? Opportunity missed in top-four race

Lampard - who revealed prior to kick-off that his decision to leave out Kepa, the world's most expensive goalkeeper, was not taken lightly - will know the Foxes will be tough to catch now.

Chelsea were the better side in the opening 45 minutes but were unable to make the most of their opportunities; a third straight league outing without a win leaves them vulnerable as they try to stay clear of the chasing pack.

Could Barnes be making a late charge for a place in England's Euro 2020 squad? The 22-year-old was overshadowed by club colleague James Maddison in the early months of the season but has now scored in three successive league outings.

Abraham looks a certainty to make Gareth Southgate's squad, though this was not his best day. The striker slipped in the first half when Cesar Azpilicueta's pass had set him up inside the penalty area, then missed Reece James' inviting low cross, just as he appeared set to apply the finishing touch.

38 - Aged 38 years and 126 days old, Willy Caballero is the oldest player to make a @premierleague appearance this season; indeed, only Mark Schwarzer (41 years old in 2014) has played in the competition for Chelsea at an older age than the Argentinian. Wisdom. #LEICHE pic.twitter.com/jCxgtoOZXw

Both teams have a break before they next return to domestic duties. Leicester travel to Wolves on February 14, while Chelsea host Manchester United three days later at Stamford Bridge.