Jofra Archer bowled the Super Over for England that helped win the World Cup final. Archer finished with 20 wickets in the World Cup after only making his international debut in May. 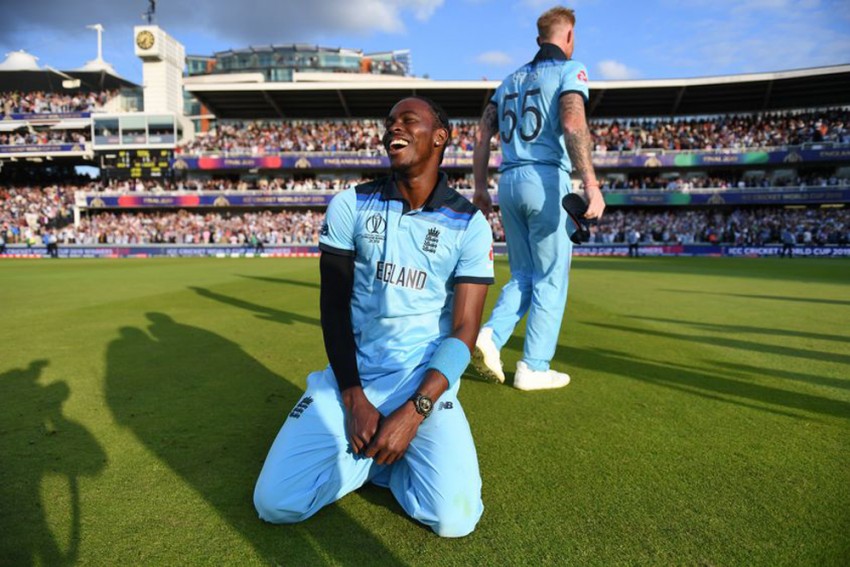 Stokes – who suffered his own final-over nightmare with the ball three years ago in the ICC Twenty20 final in Kolkata – sought out Archer to reassure him before the final shootout against the Black Caps.
Getty Images
Outlook Web Bureau July 15, 2019 00:00 IST England Vs New Zealand, World Cup Final: Calming Words From Ben Stokes Helped Keep Jofra Archer Cool During Super Over 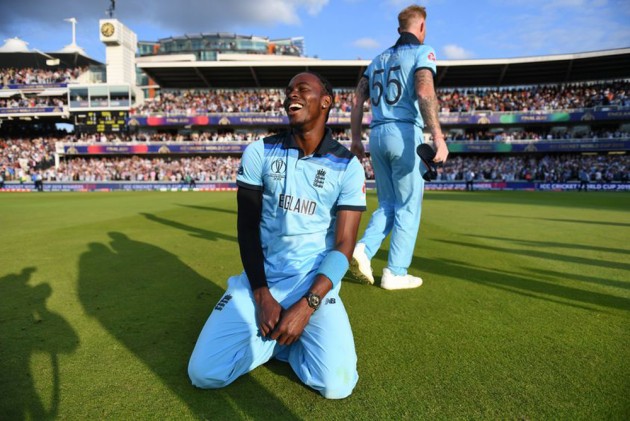 Jofra Archer didn’t appear nervous before bowling the Super Over that won England the World Cup – and that was because Ben Stokes’ words of advice were keeping him calm.

Stokes – who suffered his own final-over nightmare with the ball three years ago in the ICC Twenty20 final in Kolkata – sought out Archer to reassure him before the final shootout against the Black Caps.

Test skipper Joe Root did the same, reminding Archer that an ICC Men’s Cricket World Cup is not a matter of life and death.

After Jimmy Neesham belted a six off his third ball – Archer could have let the panic set in.

But he kept his cool on the biggest stage of all to set up a famous win, just two months into his international career.

He said: “I actually went to Morgs first, I had an idea I was going to do it (bowl the Super Over) but I wanted to double check that he wanted me to do it.

“I think it was going fine until the six, and then (Ben) Stokes told me even before the over: ‘Win or lose, today does not define you. Everyone believes in you.’

“He came to talk to me because of that (Calcutta). He probably went through the same emotions, the same feelings but being on the losing side.
“If we had lost today, I don’t know what I would have done tomorrow.

“To back up what he said, if we did lose there is a T20 coming up next year and I would have another chance.

“Rooty came up to me and said some inspirational words as well. I knew that if we did lose, it wasn’t the end of the world.

“I am glad that the guys look up to me and they trust me to do it.

"The skipper (Eoin Morgan) really believed in me, even after the six. A lot of captains could have had their head in their hands, but he was really calm and really understanding.”

Archer’s nascent international career has catapulted him to stardom – and that rise will continue unabated after his heroics in this final.

Still only 24, and the youngest in this starting XI by a distance, Archer hopes he has set the standard for what is to come.

He added: “I can’t stress enough, it was pretty lucky today. I am really grateful that we won.

“I have had the best two months of my life so far, making my debut, making my World Cup debut, playing in the final in the space of two months.

“It is really special to me and hopefully I can look back 15 years down the line and say I was a part of that.

“I hope that any kids watching that want to play cricket now for the whole week, for the whole year and try to pursue it to be professional.

“We want to inspire the next generation because someone will have to take over from us.”

And after Stokes’ heroics with the bat took England’s men’s team to a first-ever World crown in 44 years of trying – Archer admits it felt a bit like fate played a role at the home of cricket.

He added: “It was serous passion, this is a great team, I cannot imagine a better bunch of guys to share it with. I can’t put it into words, I can’t believe we actually won the game.

“Looking back, a lot of things went our way. The last five overs of the run chase in particular. I guess it was just meant to be.”