Shoaib Malik is not the first to get out hit-wicket, but the manner in which he nailed his own middle-stump during the fourth England-Pakistan ODI match triggered an avalanche of tweets, mocking the veteran batsman 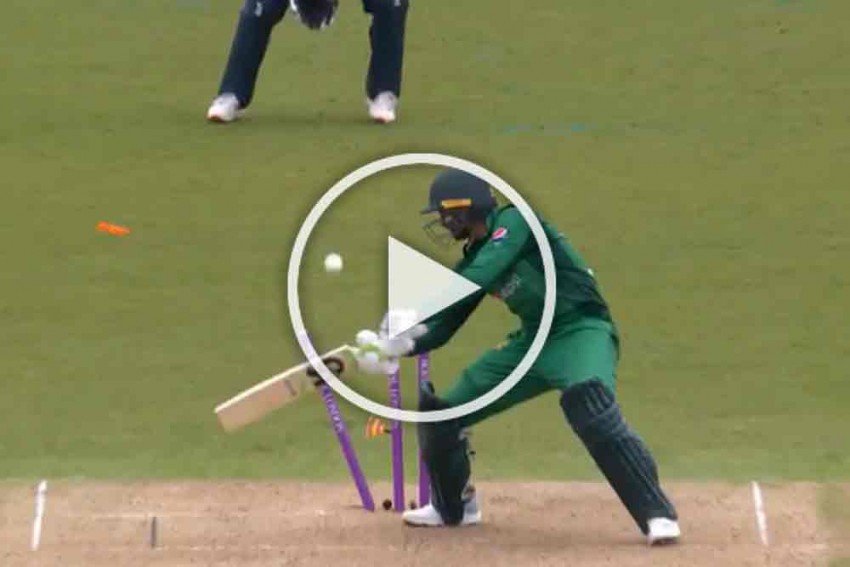 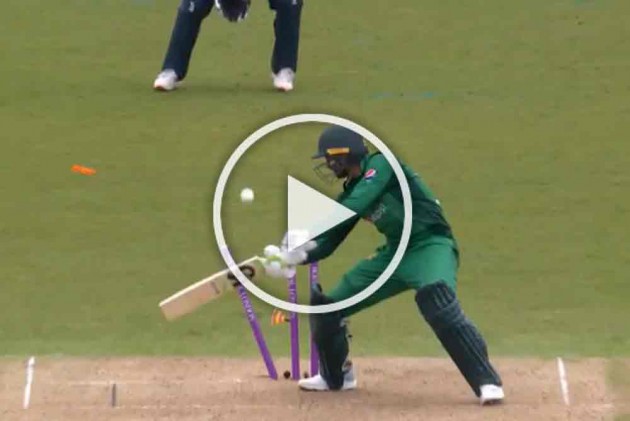 Veteran Pakistan batsman Shoaib Malik got out in an unbelievable manner during their three-wicket defeat in the fourth ODI match against England at Trent Bridge, Nottingham on Friday.

In the 47th over, Malik nailed his own middle stump while trying to play a slower delivery from Mark Wood. Malik had gone very deep in the crease, and smashed his wickets in an unbelievable manner.

What was in his mind ðÂÂÂ¤ÂÂÂ

He is not the first to get out hit-wicket, but the manner in which he nailed his own middle-stump triggered an avalanche of tweets.

Shoaib Malik has become the 2nd Pakistani (after Misbah-ul-Haq) & 8th batsman overall to be out 'Hit Wicket' in ODIs twice - joint most by any batsman. #ENGvPAK
Misbah Bhi Hai ðððð pic.twitter.com/rwQKwMwDGQ

Shoaib Malik our hit wicket, was like watching an U13 match. Spot fixing ðð #ENGvPAK

Put into bat by England, Pakistan suffered a setback early in the match when Imam-ul-Haq, fresh from his career-best 151 at Bristol, had to retire hurt on three after missing an intended pull off an 89 mph ball from fast bowler Wood that hit him on the elbow.

Then, Fakhar Zaman (57) and Babar Azam (115) put up a century stand before Mohammad Hafeez (59) joined the leather hunt to set a 341-run target for England.

Ben Stokes's unbeaten 71 rescued England from a top-order collapse as the Cricket World Cup 2019 hosts and favourites achieved the target with three balls to spare.

England were cruising to a target of 341 at 201 for one when Jason Roy's dismissal for 114 sparked a collapse that saw three wickets lost for seven runs in 10 balls.

And when Moeen Ali was out for a duck, England were 216 for five.

But Stokes steadied the ship and with No 8 Tom Curran (31) got England back on track in a stand of 61.

Curran, pushing for a place in England's final 15-man World Cup squad, had already taken four for 75 in Pakistan's 340 for seven.

This was a modest score at Trent Bridge, where England have twice set the record for the highest one-day international total, with last year's 481 for six against Australia following their 444 for three against Pakistan in 2016.

Team Management Should Give MS Dhoni Freedom To Attack From Start: Harbhajan Singh