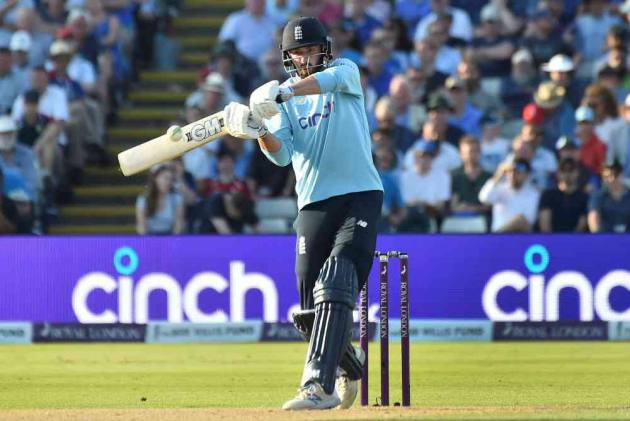 England completed a 3-0 sweep of Pakistan in their one-day international series after James Vince's century led the hosts to a three-wicket victory on Tuesday. (More Cricket News | Highlights)

Vince's first international hundred led England as they chased down 332 at Edgbaston and overcame a 158 by Pakistan captain Babar Azam.

Vince's 102 from 95 balls led a makeshift side after England's entire first-choice ODI squad had to isolate after a COVID-19 outbreak just over a week ago following the Sri Lanka series.

"I hadn't given up on this moment, but this time last week I didn't expect it at all," Vince said.

"I wasn't sure it was going to come. There was probably a realization I wasn't going to be in the squad or be high up in the pecking order so I was delighted I got another opportunity."

The 30-year-old Vince said scoring a hundred for his country “was one of my dreams growing up.”

“I don't know when the next will be or if there will be another one, but that was without doubt one of the best days I've had," he said.

Craig Overton (18 not out) and Brydon Carse (12 not out) finished things off.

England chose to bowl first and Pakistan's innings was built on Babar's partnership of 179 with Mohammed Rizwan, who scored 74 from 58 balls.

Babar reached three figures in 104 balls, getting there with two boundaries in three balls by pulling Carse (5-61) with authority and then middling a compact cut shot.

England got the long-awaited third wicket when Rizwan went after a leg-side bouncer from Carse but feathered a nick through to John Simpson.

Carse picked up two more late wickets as the visitors moved to 309-5.

On the other end, Babar was on a career-best 150 not out and survived a run out attempt in the 48th over.

Saqid Mahmood (3-60) finished his 10 overs with two wickets in as many balls.

The innings ended at 331-9, with six wickets falling in the last three overs. (AP)