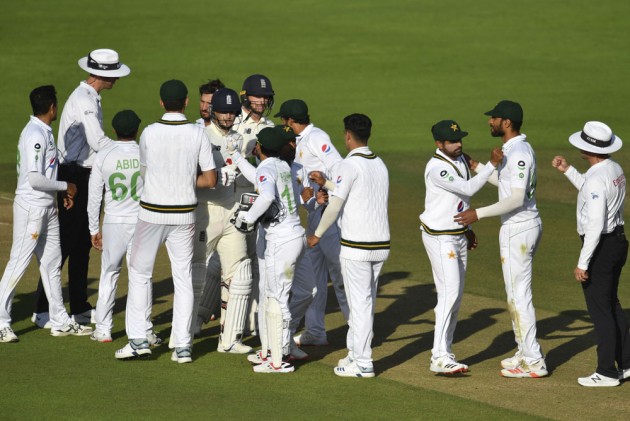 Zak Crawley capitalised on a late opportunity to impress with the bat as the second Test between England and Pakistan petered out to a predictable draw in Southampton. (More Cricket News)

Crawley made an entertaining 53 as the hosts – who remain 1-0 up in the three-match series – reached 110-4 before declaring on day five, a move that allowed an early finish to proceedings.

The combination of bad light and rain had decimated the game to such an extent over the course of the previous four days that the chances of a positive result had long disappeared.

Only 10.2 overs had been possible on Sunday, with England losing Rory Burns for a duck as they reached 7-1 in reply to Pakistan's total of 236.

They were made to wait to continue their first innings still further, though, as Monday's action was held up by a heavy storm in the early hours that left sections of the outfield heavily saturated.

Dom Sibley, who had shared in a second-wicket stand worth 92, also fell to the same bowler, caught down leg by wicketkeeper Mohammad Rizwan having battled hard to reach 32.

Yasir Shah also dismissed Ollie Pope for nine but Joe Root survived some tricky moments to finish unbeaten on the same score, while Jos Buttler had not managed to get off the mark by the time the innings was cut short.

Azhar Ali produces a wonderful out-swinger to beat Jos Buttler's outside edge with what turned out to be the final ball of the second #ENGvPAK Test.

Returning to the XI in place of the absent Ben Stokes, who has departed the bio-secure bubble at the Rose Bowl for family reasons, Crawley offered a reminder of his talent with some eye-catching shots in a 99-ball knock. There was one slice of luck, though, as he should have been stumped on 37.

Both teams will hope for better fortunes with the conditions when the series concludes at the same venue, with the finale beginning on Friday. A better forecast, combined with a similar pitch on the south coast, could make for an entertaining finish to England's Test schedule on home soil in 2020.