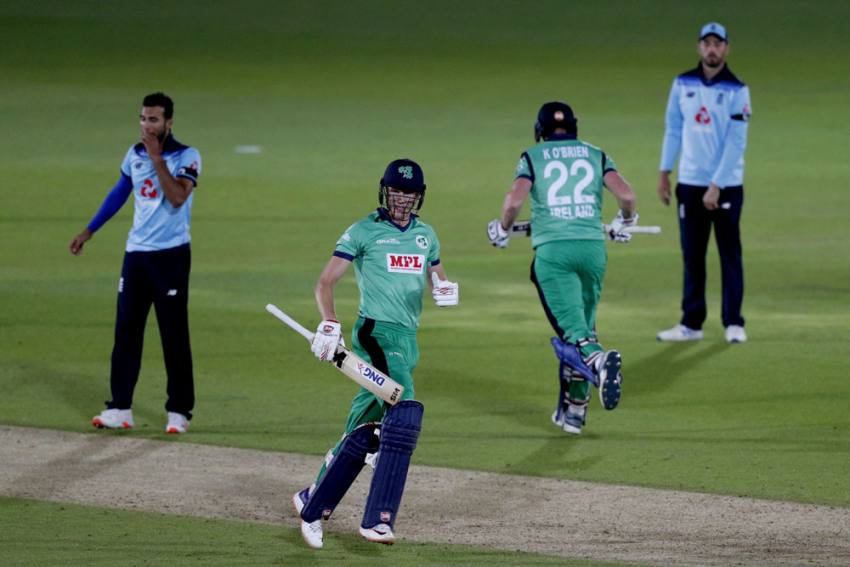 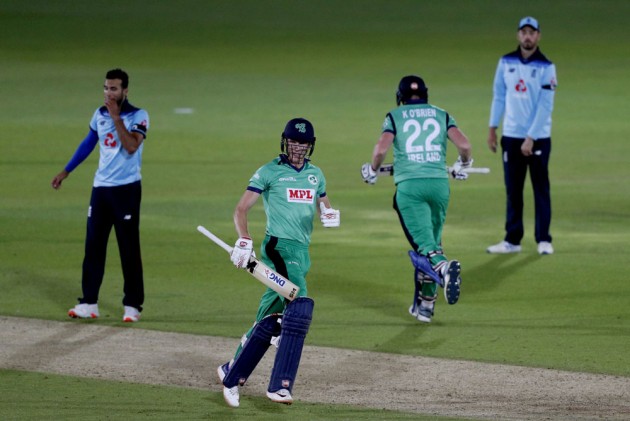 Ireland matched their famous 2011 Cricket World Cup victory over England as they scored 329 again to take the final match of the one-day series in Southampton.  (More Cricket News)

Kevin O'Brien - the hero of the historic three-wicket triumph in Bangalore nine years ago - hit the winning run, seeing Ireland home in the final over to end the long wait for a second win over their neighbours.

However, it was opener Paul Stirling and captain Andy Balbirnie who were the architects of this outstanding result, both right-handers making centuries to set up the innings.

England captain Eoin Morgan had earlier hit 106 but suffered a groin injury while batting, forcing him to watch on from a seat inside the empty Ageas Bowl as his side's score of 328 all out was overhauled with seven wickets in hand.

Stirling smashed 142 from 128 deliveries while Balbirnie hit 113, the pair adding 214 runs for the second wicket before a mix-up saw the former, previously dropped twice by James Vince, run out.

The skipper also perished as the finishing line drew closer, lofting Adil Rashid to Sam Billings in the deep, but Harry Tector and O'Brien saw the job through, finishing unbeaten on 29 and 21 respectively.

2 - @Irelandcricket have recorded their 2nd victory over England in men's ODI cricket; successfully chasing down over 320 runs on both occasions (2011 @cricketworldcup). Drama. #ENGvIRE pic.twitter.com/oYVBfyGCDf

As well as avoiding being swept in the three-match series, Ireland also claim their first points in the new ICC Cricket World Cup Super League by beating the reigning champions in the format.

England looked set to post an even more challenging target having been put into bat, yet twice undermined their progress by losing wickets in clusters during a sloppy performance.

Jason Roy fell in the first over of the contest, steering Craig Young to second slip, while opening partner Jonny Bairstow departed for four soon after, bowled by Mark Adair.

Vince (16) also departed inside the opening powerplay to leave the score at 44-3, yet Morgan still opted to go on the attack against the team he used to play for.

Tom Banton (58) recorded his maiden ODI half-century but played second fiddle to his skipper in a fourth-wicket alliance worth 146, though Morgan's departure led to another mini-collapse.

From 190-4, England slipped to 216-7. As well as both well-set batsmen, Moeen Ali (one) and the in-form Sam Billings, who picked out mid-on having eased to 19, were also dismissed during a passage of play that proved crucial in the end.

David Willey followed up his unbeaten 47 on Saturday with a career-best ODI score of 51, while Tom Curran finished up 38 not out, but the hosts offered Ireland an opportunity they gratefully seized.

England Vs Pakistan, 1st Test: Where To Get Live Streaming In India