ENG Vs IND, 1st WT20I, Live Streaming: When And Where To Watch India Women's Cricket Match Against England Women

India Women will seek to turn things around in T20Is and carry the momentum from their consolation win over England Women in the last ODI match. Check match and telecast details 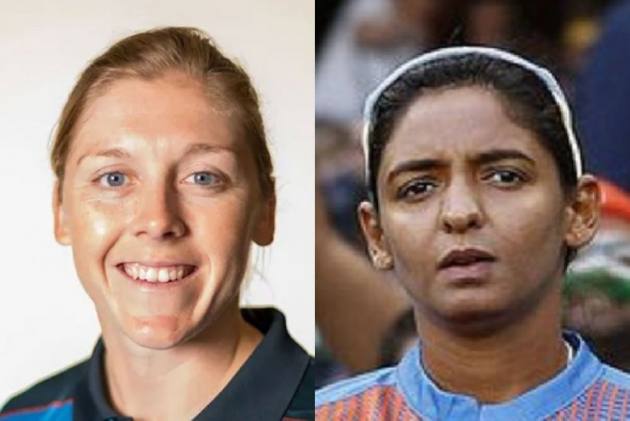 Skipper Harmanpreet Kaur has promised a different approach as India women’s team get ready to take on hosts England in the first of the three WT20Is at County Ground in Northampton on Friday.(More Cricket News)

Harmanpreet’s lack of runs will be in focus once again as she takes on captaincy from Mithali Raj in T20s.

Harman attributed her prolonged lean patch with the bat to lack of preparation following her recovery from a COVID-19 infection and groin injury earlier this year.  However, the senior batter is confident of finding her mojo back in the three-match T20 series against England.

Having wowed with her trailblazing 171 not out against Australia in the 2017 World Cup semi-final, Harmanpreet has struggled to find her rhythm and has not scored an ODI century since then. In T20s, she's yet to score a fifty since her 103 against New Zealand in November 2018.

England lead the multi-format series 6-4 after a drawn Test and a 2-1 score-line in ODIs.  Barring Mithali Raj's remarkable consistency in ODIs, the Indian batting was a disappointment and it is something that the team would want to correct in the three T20s.

England, on the other hand, have brought back opener Danni Wyatt for the T20s following her good run in domestic cricket. She is set to open alongside Tammy Beaumont in the absence of Lauren Winfield-Hill. Medium pacer Kate Cross, who took a five-wicket haul during the ODIs, is not part of the T20 squad. (With inputs from Agencies)