Rohan Bopanna and Divij Sharan now must win the doubles match to keep India alive in their World Group I tie against Finland. 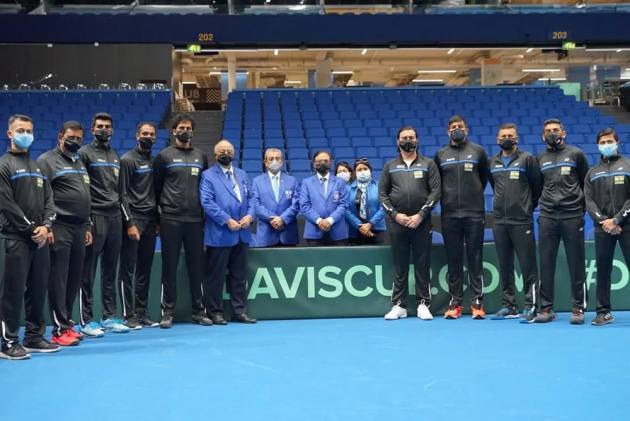 Prajnesh Gunneswaran yet again lost to a lower-ranked player in the Davis Cup while Ramkumar Ramanathan went down fighting in the second singles as India trailed 0-2 in the World Group I tie against Finland, at Espoo on Friday. (More Tennis News)

Ramkumar, ranked 187, presented a good fight but lost 4-6 5-7 to Finland's number one player, Emil Ruusuvuori, who is ranked 74th.

While Ramkumar tried a few tricks in his bag to overcome his rival, Prajnesh's defeat was extremely disappointing since he had a less experienced player, who had won just one Davis Cup match before this tie, to contend with.

After dropping his serve in the sixth game, Ramkumar got the break back immediately, playing smartly. He often charged the net to surprise his opponent, getting some good points.

However, he went down 0-40 in the 10th game while serving to stay in the set and lost it when he hit a backhand wide.

Ruusuvuori countered Ramkumar's strategy of chip and charge easily in the second set, hitting a few passing winners. The home player even got a breakpoint in the fourth game but Ramkumar saved that to stay on serve.

The Finnish player raised his game post 5-5 scoreline as he started to add more power to his game and strokes.

He hit a splendid cross court winner at 40-40 to earn his first match point but Ramkumar kept his cool and saved that by dispatching a winner in open court from close the net.

However, the Indian served a double fault soon to hand Ruusuvuori his second and the Finland player converted that with a backhand passing winner.

Earlier, Prajnesh saved two breaks early but dropped serve in the sixth game to fall behind in the opening set. The left-hander got a chance to break back when Virtanen double-faulted at deuce point in the next game but Prajnesh could not capitalise on the chance.

Virtanen served out the set without any fuss in the ninth game.

With home support, Virtanen kept the Indian under the pump. Prajnesh was again in danger of dropping serve early in the second set but he managed to hold the third game after a couple of deuce points.

Prajnesh kept fighting till 4-all but was down 0-40 after serving a double fault in the ninth game. However, he saved five breakpoints and eventually held the game with a well-calculated drop shot.

The Indian served the 11th game set love and now needed to break his rival, who was playing effortlessly.

He got that little chance when Virtanen hit forehand on net at deuce point but the Finnish pulled off an ace at the break point. Eventually it went to a tie-breaker, in which Prajnesh fell behind 0-3 and then 1-5.

An angled serve that Prajnesh could not return gave the home player a match point, which he converted with an easy winner.