Rafael Nadal helped Spain ease into the quarter-finals at the Davis Cup finals with a 6-4, 6-3 victory over Croatia's Borna Gojo on Wednesday. 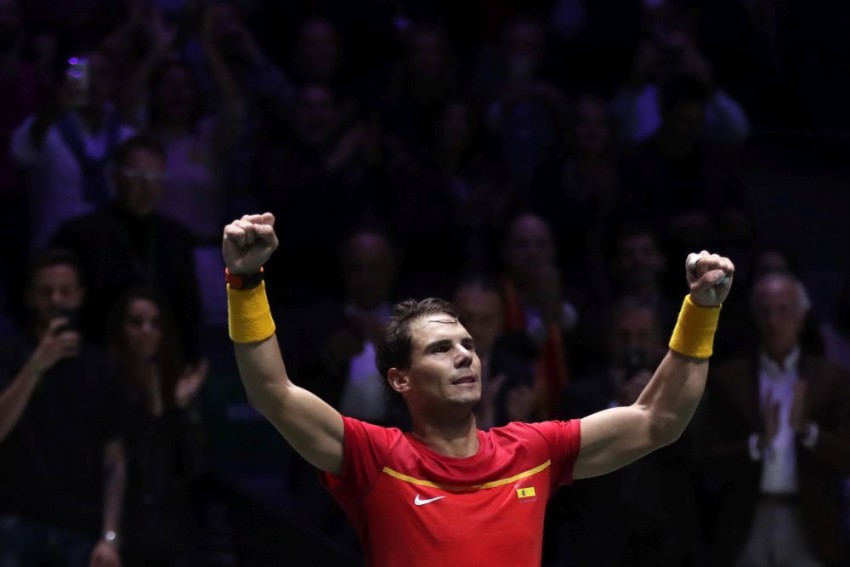 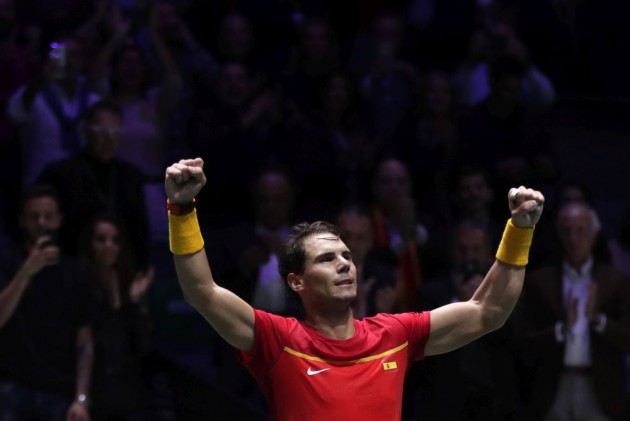 Rafael Nadal ended Croatia's reign as Davis Cup champions and put Spain into the quarter-finals after history was made in Germany's clean sweep of Argentina on Wednesday (November 20).

Nadal sealed the hosts' passage into the last eight at La Caja Magica with a 6-4, 6-3 victory over Borna Gojo, the World No. 1's 26th consecutive singles win in the competition. (TENNIS NEWS)

That gave Spain a 2-0 lead and ensured Croatia could not finish above Russia in Group B due to Andrey Rublev's defeat of Roberto Bautista Agut on Tuesday.

Bautista Agut earlier made amends for that loss by easing to a 6-1 6-3 thrashing of Nikola Mektic in the opening rubber on day three.

Germany made a dream start in Madrid, beating Argentina 3-0 with Philipp Kohlschreiber seeing off Guido Pella 1-6 6-3 6-4 and Jan-Lennard Struff a 6-3 7-6 (10-8) victor over Diego Schwartzman.

Kevin Krawietz and Andreas Mies put the icing on the cake against Maximo Gonzalez and Leonardo Mayer by winning the longest Davis Cup tie-break – taking the final set 7-6 (20-18).

Germany are top of Group C and denied Argentina the chance to seal a spot in the quarter-finals.

Novak Djokovic eased past Yoshihito Nishioka  6-1 6-2 in Serbia's 3-0 triumph over Japan, while Australia progressed after beating Belgium 2-1 and the United States edged Italy 2-1 in a clash between two nations already eliminated.